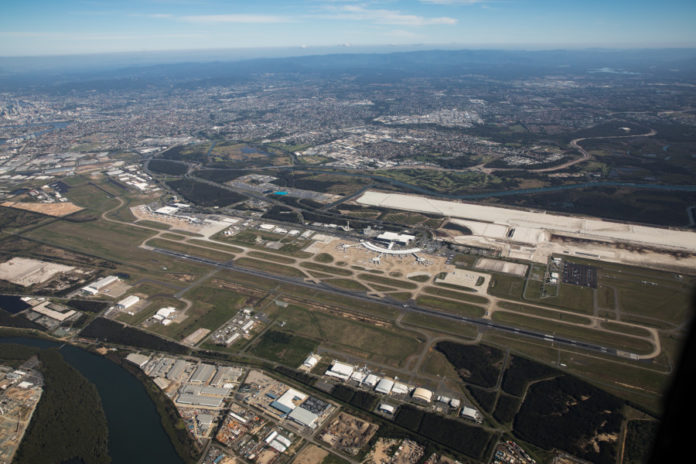 Belly traffic to and from China is driving cargo at Brisbane Airport (BNE) and more will follow as new services are operated, writes Justin Burns.

The first six months saw the number of widebody services increase by eight per cent and further growth will follow, as new belly services will start to Shenzhen, Shanghai, Beijing and Taiwan towards the end of 2017.

Despite the growth, Brisbane Airport Corporation (BAC) head of aviation business development, Jim Parashos says export growth in early 2017 was weaker than expected. “There was a drop in vegetable exports, with a contributing factor cyclone damage to North Queensland crops in the first quarter. We expect this will bounce back quickly in the coming months,” he explains.

BNE will soon have more daily flights to Singapore, the UAE, China, Hong Kong, Los Angeles, and Auckland. Parashos says it is seeking growth in belly services to the US, Middle East, China and Southeast Asia, while direct services to Doha, Vietnam and Jakarta are targeted.

He adds: “As a rule, due to significant belly capacity on passenger flights, regular scheduled freighters are unnecessary and unviable. Demand continues to warrant ad-hoc and seasonal freighters however.”

Parashos notes: “What is pleasing from a freight perspective is that these main trading partners line up with BAC’s passenger market priorities, including increasing links with India and a focus on the US. We are also mindful of ensuring adequate links to tomorrow’s growth markets, such as Vietnam.”

Parashos says the long-term goal is to increase the freight and logistics business and a new parallel runway (operational from mid-2020) will facilitate more aircraft movements.

He adds efforts to grow cargo include increasing belly capacity and attracting more freighters; becoming a more active member of the Brisbane freight community; promoting the advantages of using BNE rather than other hubs; and encouraging exporters to capitalise on Free Trade Agreement (FTA) opportunities.

As for infrastructure, plans are under consideration for common user cold storage facilities. Parashos says a consultation will occur during the refresh of the Brisbane Airport MasterPlan.

Future opportunities he says are securing more widebody aircraft on flights to Philippines and Malaysia, Queensland’s export drive and FTAs signed between Australia and Japan, Korea and Japan. He notes tariff reductions will apply to a number of commodities and FTAs are also under negotiation with the Gulf, India and Indonesia while expansion of the Known Consignor scheme reducing/removing the need to screen goods for more markets and exporters.

There are challenges though: “Due to transactions occurring between third parties BNE has limited visibility with respect to the exact size of the freight industry, which operates on airport. Further, no industry or government body monitors this aspect of freight. Formalised information exchange is needed.

“The growth of e-commerce has put pressure on available space on aircraft for perishables. Breakdowns in relationships with foreign governments have led to bans on exports/imports.”