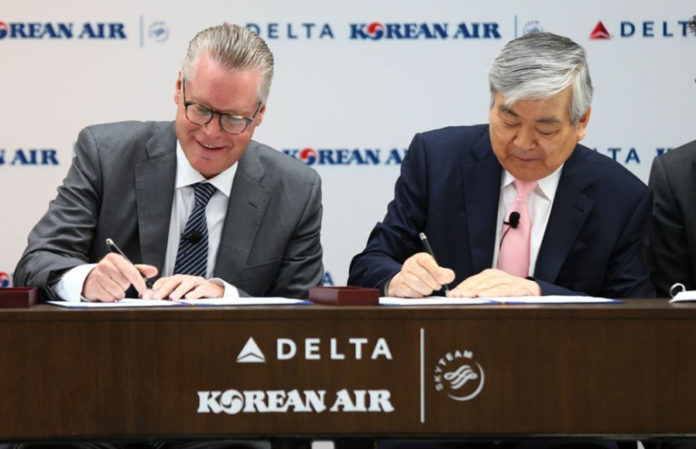 Delta Air Lines and Korean Air have reached an agreement to create a trans-Pacific joint venture, offering a number of services including increasing belly cargo.

The joint venture, subject to regulatory approval, mainly focuses on passenger services to expand the trans-Pacific codeshare, joint sales and marketing initiatives in Asia and the USA, co-locating at key hubs and enhancing frequent flyer benefits, with cargo customers benefitting from increased belly cargo cooperation across the trans-Pacific.

Delta chief executive officer, Ed Bastian says: “By combining the strengths of our two companies, we are building a stronger airline for our employees, customers and investors.”

Korean Air chairman, Y.H. Cho says: “Now is the right time for this JV. The synergies we’re creating will build stronger and more sustainable companies, and this is good for travellers, our companies and our countries.”

The agreement is the expansion of the longstanding partnership between Delta and Korean, which began in 2000 when both carriers became co-founders of the SkyTeam global airline alliance.

The airlines will share costs and revenues on flights under the scope of the joint venture.

In anticipation of the joint venture, Delta launched nonstop services between Atlanta and Seoul, and Korean Air will introduce a third round trip flight between Los Angeles and Seoul, and a second between San Francisco and Seoul.