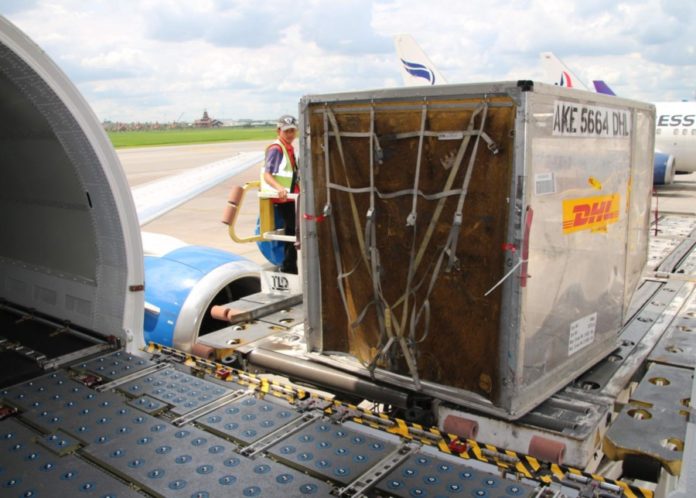 DHL Express has launched a new express freighter service between Phnom Penh and Bangkok, one of its hubs in Asia Pacific.

The first operating to and from Phnom Penh, adds to the existing DHL Express flights between its hubs in Bangkok and Singapore, extending the Cambodian capital’s trade ties to more markets globally.

Operated by K-Mile Air, the service runs five times a week using a Boeing B737-400 Freighter with a payload of 19 tonnes. The new route will help meet rising import and export demands in Cambodia, especially in high-growth industries such as garment and construction.

DHL Express Asia Pacific chief executive officer, Ken Lee says: “This new flight is another step towards unlocking Cambodia’s vast potential for trade in Southeast Asia. Trade between Cambodia and Thailand reached $5.1 billion in 2015, and the country also imported $1.05 billion worth of goods from Singapore in 2014.

“By improving inbound and outbound capacities from markets like Thailand and Singapore where our hubs are located, we are confident that this new flight will further develop Cambodia’s market. With our extensive air network, this dedicated service will enhance the country’s global connectivity and trade relations.”

Bangkok is one of four hubs for DHL Express in Asia Pacific, which collectively utilise 20 Intra-Asia dedicated aircraft and 820 daily flights to move customer goods around the world.

Cambodia’s economy expanded approximately seven per cent in 2015. Its logistics capabilities are also rising. Between 2010 and 2016, the country rose 56 places in the World Bank’s Logistics Performance Index to 73rd place.

The transformation was driven by the Trade Related Assistance in Cambodia program, which focused on customs and border reforms to establish linkages with its partners in the Association of Southeast Asian Nations. The program has improved logistics and trade flow between Cambodia and regional markets.