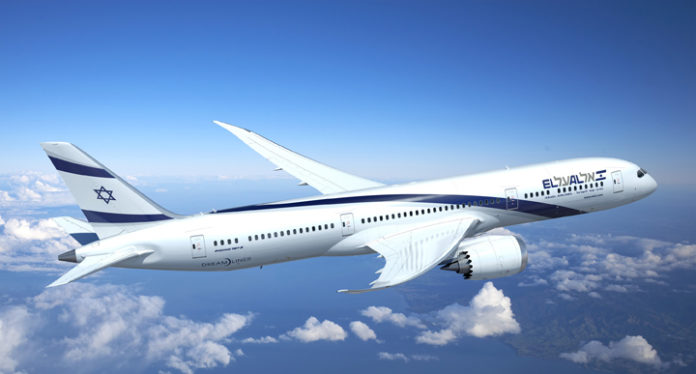 Two Dreamliners will be phased in this year, while an additional 14 aircraft will be phased in by 2020. The first Dreamliner will join El Al in September and operate to Europe and at the end of October will gradually be integrated into long-haul destinations in North America and the Far East.

Speaking last month at El Al’s cargo handling facility operated by dnata at Heathrow Airport, head of cargo Ronen Spira says the Dreamliners will boost cargo as it moves to a point-to-point, transit hub strategy and the capacity growth by 2020 will prove a “challenge” which he is looking forward to.

“Now our focus is the market of the world and not just Israel, we are looking for the worldwide market and I am very positive and optimistic about the future.

At Heathrow, he says El Al has seen strong growth since it made the switch to dnata in January from another rival cargo handler. He hails the dnata facility, which he says works much better with its growth plans and business strategy.

Spira says: “The quality we get here is of the highest level and thanks to that we are able to develop the business in and out. We are getting our first Dreamliner in August so part of the reason we moved here was to be prepared for the growth as we will have additional capacity due to the fact we are changing the fleet from Boeing 767s and 747s to Dreamliners.

“One of the reasons we moved here is to improve the quality of the transit, more area and space and better quality for the volumes. The last point is the facility can accommodate pharmaceuticals for us. We are very happy here.”

The carrier’s main base is at Tel Aviv’s Ben Gurion International Airport where it also operates a Boeing 747 Freighter to Liege Airport five times a week.

El Al’s London belly service is double-daily and will soon be operated using a Dreamliner instead of a Boeing 777.

Spira sees more growth on the Heathrow lane and he notes exports to London are mainly high-tech products and some perishables, while imports into Tel Aviv are made up of electronics and pharmaceuticals.

Cargo into and out of London will grow he is sure: “I believe with the quality and the additional capacity we wil have, we will definitely grow the business to and from London.

“And we are also cooperating with American Airlines from London to other destinations, which drives our business further.”

The move to dnata at Heathrow certainly seems to be paying off for El Al and with the arrival of a new Dreamliner fleet, cargo volumes only look like heading upwards.