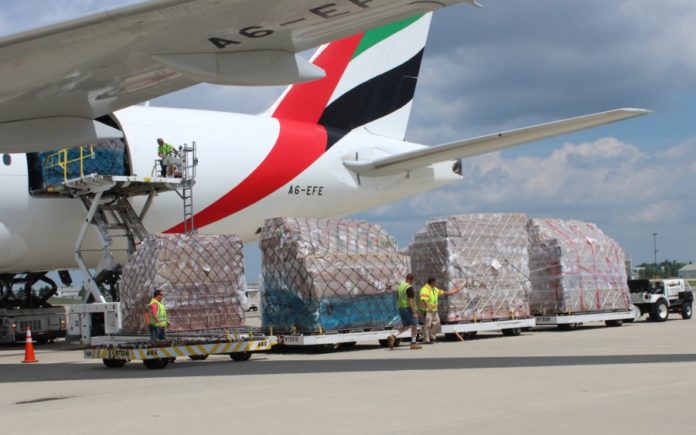 Emirates SkyCargo says it has has played a key role in strengthening trade links in perishables between Vietnam and the UAE.

Over the last year, the carrier explain it has facilitated a near five-fold increase in the volumes of exports of fruits including rambutans and lychees from Vietnam to Dubai.

Vietnam is an important market for food exports and in 2016, Vietnam’s agro-forestry-fishery exports were valued at over $32 billion.

Emirates SkyCargo says it has been working closely with Vietrade – Vietnam’s Trade Promotion Agency to understand the requirements of Vietnamese exporters and to help develop export opportunities for Vietnamese produce in international markets specifically in the UAE and other parts of the Middle East.

As a result of the collaborative efforts between Emirates SkyCargo and Vietrade, the volume of perishables exports from Vietnam to Dubai has increased considerably reaching close to 110 tonnes in January 2017.

Emirates vice president for cargo commercial in the Far East and Australasia, Ravishankar Mirle says: “Emirates SkyCargo started operations in Vietnam in 2008 and has since then played an important role in the growing trade between Vietnam and the UAE.

“By working closely with Vietrade and by building upon our expertise in shipping perishables, we developed air freight solutions that have helped increase the exports of premium fruits and vegetables from Vietnam to Dubai.

“We will work with our customers and stakeholders to promote and develop new trade lanes for exports from Vietnam to global markets,” he added.

Emirates SkyCargo offers exporters in Vietnam a weekly capacity of over 580 tonnes through 18 flights including four weekly freighter services.

The launch of the daily passenger flight from Dubai to Hanoi on the Boeing 777-300ER, offering up to 20 tonnes of cargo capacity per flight from 1 July 2017 will further support trade from Vietnam to other markets through Emirates SkyCargo’s global network of 155 destinations in 83 countries.

Ambassador of Vietnam to the UAE, Pham Binh Dam says: “Vietnam has huge comparative advantages in agriculture. That is why we requested  Emirates SkyCargo to position its product offering to facilitate exports of perishable products by air freight to capitalise on the country’s vast potential.

“We are happy to see the sharp increase in volume in the past year and will continue to work with Vietnamese producers and exporters for their greater market penetration. We thank Emirates SkyCargo for listening to us and for the great cooperation.”