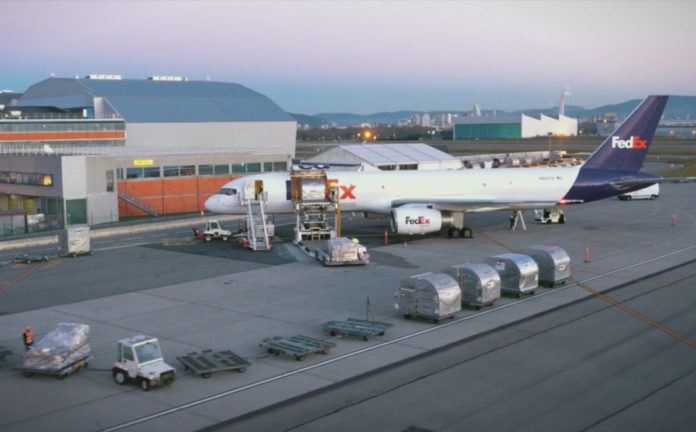 Measured by value, 40 per cent of all Swiss exports are transported by air, with the lion’s share being handled at the major hub of Zurich, writes Neil Madden.

Zurich Airport saw a 13.1 per cent increase in freight volume in 2017 over the previous year. A total of 490,452 tonnes passed through the major hub.

Meanwhile, cargo through Geneva Airport posted an even bigger rise, 18.7 per cent, to reach 89,012 tonnes.

EuroAirport Basel-Mulhouse (pictured) recorded an increase in freight of 11 percent to 112,000 tonnes. Freighter business rose substantially by 40 per cent to 17,434 tonnes, while express saw a 10 per cent rise to reach 46,868 tonnes.

In November last year, the airport was awarded the IATA CEIV Pharma certification, having initiated the process back in June 2016. For 2018, the airport’s management is forecasting an increase in freight of around five per cent.

However, the airport is also trying to achieve a balance between business growth and noise abatement. While the overall noise burden has remained stable in local communities, night-time noise to the south and south-west of the airport has increased.

Reviewing last year’s performance, EuroAirport director Matthias Suhr said that express freight by its nature often operates during the most sensitive time, between 11pm and midnight.

Suhr says: “We’re working with operators to avoid delays in freight dispatch and to ensure that flight departures are closer to 23:00 rather than midnight.”

However, the airport’s management concedes that arriving at a solution will be “highly complex” and will take time.