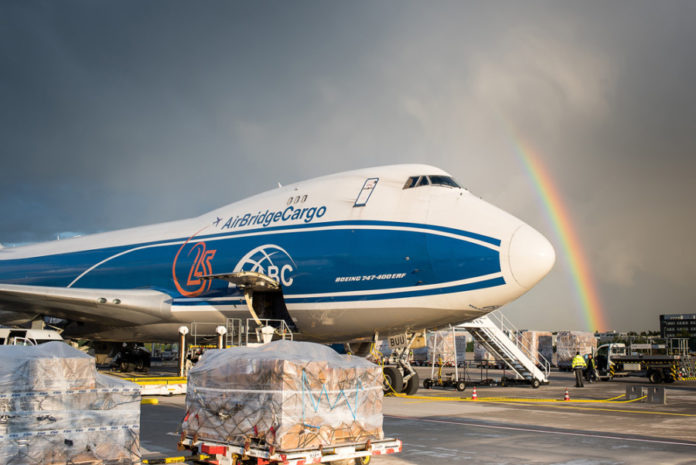 AirBridgeCargo (ABC) Airlines has continued its strong growth with volumes increasing 15 per cent in the first 10 months of 2017 helped by an expanding fleet, network and developing new products.

It handled 575,000 tonnes in the first 10 months with all major markets performing well, and load factors were up four per cent to 71 per cent.

Increasing bi-directional trade flows on the Europe-Asia lane, where exports from Europe to Asia were nearing the level of volumes from Asia to Europe, helped ABC’s volume grow during the period.

ABC says a major part of ABC’s growth is down to the refinement of its sales structure, complimented by regional expertise instead of relying on a GSA network in the regions where ABC has a footprint.

Certain products have done particularly well, with pharma shipments up 153 per cent, off size & heavy by 32 per cent, e-commerce by 22 per cent and dangerous goods by 10 per cent.

ABC general director, Sergey Lazarev says the airline is well prepared for the peak season having welcomed a brand new Boeing 747-8 Freighter to the fleet.

He says: “Our well balanced network and newly-integrated destinations provide extensive transportation connections and cater to the needs of our customers worldwide, with connectivity options through our hub in Moscow Sheremetyevo airport.”

“Throughout 2017 we have been engaged in a constant dialogue with our customers, bolstering our product development in line with ABC’s network expansion, whilst improving the quality of our services and optimising costs.”