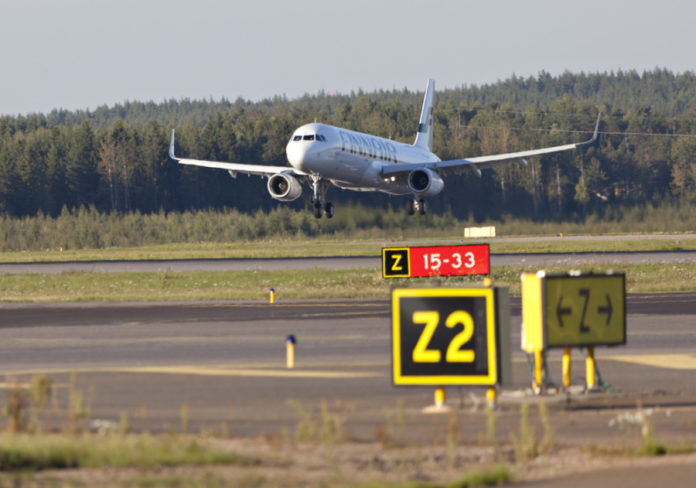 Finnair Cargo may be one of the oldest cargo companies but after 95 years is still one of the most modern ones, head of global sales Fredrik Wildtgrube tells Air Cargo Week.

All of this builds on the success of 2018, which Wildtgrube describes as “pretty good”, adding: “there were some indications about a potentially declining market but from our point of view it has been strong, and with the growing maturity of our new terminal it means we can further optimise our capacity and operations and push for higher volumes than we did in the initial stages of the terminal transition.”

Among the highlights for the year was celebrating 15 years of direct flights to Shanghai. The route accounts for 10 per cent of total cargo revenue, and upgrading the aircraft fleet has also helped.

Wildtgrube says: “Since the Airbus wide-body A350-900 was added to the Helsinki–Shanghai route in 2015, fuel consumption dropped 24 per cent while cargo capacity increased 20 per cent – and revenue has jumped by 30 per cent.”

Investing in new facilities and technology is very important for a company to remain competitive. Last year Finnair Cargo opened its COOL Nordic Cargo Hub at Helsinki Airport, and Wildtgrube says customer feedback has been “astonishing”.

He says: “COOL is a state-of-the-art facility that is second to none and its dedicated zones for temperature-controlled cargo as well as the flexibility it provides for general cargo handling gives us a great platform on which to expand and grab what the future holds, which is plentiful.”

Wildtgrube says 2018 has been a “demanding implementation year” with the introduction of the SkyChain cargo management system. He comments: “It has meant significant modifications to our systems, processes and ways of working to ensure everything combines without friction.”

It has been hard work but worth it, with Wildtgrube saying: “The implementation has not been simple, but COOL has already proved that this is tomorrow’s world, a new way of operating in air cargo, and there is no going back. She is firing all thrusters now and we’re on the verge of finding out just how powerful this is going to be.”

The quality of Helsinki Airport, along with Finnair Cargo’s COOL terminal and data driven operations provides reliable solutions for customers. The most significant digital innovation is the Robotic Process Automation, ensuring shipments receive the correct Special Handling code. The correct code in cargo shipping documentation is essential to timely and successful transport but significant numbers of air waybills have issues, and making corrections is time and labour intensive. The robotics will solve this challenge.

The results are already speaking for themselves, with Wildtgrube saying errors are being corrected 50 per cent quicker than before.

He says: “By correcting inaccuracies from further up the logistics chain we are providing a better service for customers and ensuring the right handling and more efficiency. The benefit for customers is enormous given what a big problem this is for the industry.”

The whole airline has invested significantly in data-driven processes, with Wildtgrube saying the COOL terminal is a perfect example.

The Cargo Eye can monitor activity in the COOL Control Center to help with decision making and allocating resources. Wildtgrube says: “It serves up all kinds of data from live trucking mapping, to cargo taxis, to live data from temperature loggers. We have sensors everywhere and systems in place to ensure there are not deviations in our storage and procedures.”

After 95 years in business, Finnair Cargo will continue investing in operations, and developing new tools and ways of working.

Wildtgrube says: “Digitalisation is an important ingredient in our operations. Our terminal is paperless, which drives efficiency. Our field is very competitive and customers easily change provider if things don’t work, which requires us to win their trust with each and every shipment. We are a company on the move.”