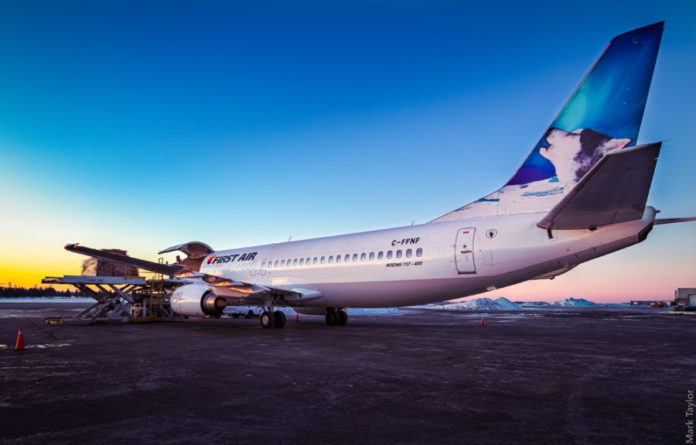 The merger of First Air and Canadian North has been approved by the government of Canada, subject to a series of terms and conditions.

In late 2018, Makivik Corporation and Inuvialuit Corporate Group announced an agreement to merge the airlines, and field a merger notification with the Commissioner of Competition and the minister of transport.

The approval of the merger comes following a public interest assessment, which was led by the minister of transport and incorporated the findings of the Commissioner of Competition.

The terms and conditions include no price increases for passenger or cargo beyond those related to operating costs; no reductions to the weekly schedule; access to northern infrastructure for new airlines entering the market; commitment to increase Inuit representation across operations; and transparency and accountability measures such as financial updates and statements.

Another condition ensures that items such as food and essential medical supplies are prioritised for cargo transportation.

The Honourable Marc Garneau, Canadian minister of transport says: “A strong, financially stable northern air carrier, taking advantage of operating and network efficiencies of a merger, will best serve the North by leading to greater reliability of service as well as environmental sustainability.”

Charlie Watt, president of Makivik says: “In 1990 we bought a troubled airline, First Air, and made it sustainable. At the time, we promised to create an airline owned by all of the Inuit of Canada and we are now much closer to making that a reality.”

Duane Smith, chair and CEO of Inuvialuit Regional Corporation adds: “By optimising the Northern air transportation corridor, we are making significant progress in empowering Inuit to become meaningful participants in both the Northern and national economies.”

The pan-Arctic airline will operate under the Canadian North name and aircraft will use the First Air livery, featuring its Inukshuk logo.