The end of 2017 made welcome reading for the German airfreight sector, discovers David Craik.

International Air Transport Association (IATA) figures showed European airlines posted a 10.3 per cent increase in freight demand in September and a 6.4 per cent rise in October.

IATA said that one of the key drivers behind the figures – with both months coming in above the five-year average of 4.9 per cent growth – was a strong performance by European exporters, most notably in Germany.

Latest figures from the German Federal Statistics Office reveal that industrial output in Germany grew by 3.4 per cent in November, the best performance since September 2009.

Exports rose 4.1 per cent during the month with domestic demand pushing up imports by 2.3 per cent. The economic uplift has helped boost performance at both German airports and airlines. ADV, the German airports association, says there was an 8.2 per cent cargo volume increase in November.

Fraport hailed the “quite positive” economic situation in Germany and elsewhere with global production increasing at its fastest rate since 2010.

“This speeds up the tempo of international trade,” it says. “The eurozone industrial sector is experiencing the fastest growth since the dotcom boom more than 17 years ago. German industry is expanding at record speed.”

Traffic to and from the USA in November was up by 11.7 per cent with the weak euro compared to the US dollar having a positive effect on the flow of goods Stateside. Latin America was also boosted by the recovery in the Brazilian economy.

Fraport noted continued growth to and from Moscow, though at a slower rate, and Middle East traffic aided by more freighter aircraft connections. Traffic to Africa was growing at double-digit with the Far East such as India and Japan also rising.

The airport was also buoyed by the announcement in November that Lufthansa Cargo – its biggest freight user by volume – and Fraport Ground Services had signed an eight-year extension to its ground handling deal to 2025.

Lufthansa Cargo has also had a strong 2017. As of the most recent figures to November the group achieved a 9.4 per cent year on year increase in cargo traffic. The airline says the biggest demand was driven by Mexico and Brazil as well as the USA, China and Japan.

It had also been helped by innovations such as the use of new Va-Q-tainers which is helping grow its pharmaceuticals business.

“These high-performance thermal containers can be rented and used for cool passive shipments,” explains Lufthansa. “Our customers can set these to three different temperature ranges and maintain these for up to 120 hours.”

Lufthansa hopes that growth will continue in 2018 boosted by a digitisation drive to increase its “eBooking rate and the use of E-awb”.

Cargolux is another major freight player at Frankfurt. It is its largest station in Germany outmuscling its other hubs such as Stuttgart.

According to Cargolux Airlines International vice president of sales, Chris Nielen, it outperformed the German market in terms of volumes.

“We saw double-digit growth in Germany,” he explains. “It’s been a very strong and positive year with our biggest trade lanes into China, the US and South America. The global economy is very strong. In terms of products we have seen demand for machinery, automotive parts and cars as well as hi-tech goods out of Germany. The German economy is also booming and because unemployment there is low people are spending thus helping import volumes. E-commerce has been big for us this year.”

Cargolux is the second biggest freight airline in Germany but has no flights out or into the country. It trucks all cargo coming into Germany to its home nation Luxembourg.

Nielen believes this has been advantageous over the last couple of years as pilot and ground handling strikes impact German airlines and airports.

“Our operations in Luxembourg are by contrast solid and strong and we can offer our customers a great service on the ground. It is a difference and gives us a clear advantage,” he states.

“The market remains strong and more growth is projected. It might ease somewhat but it will still remain solid,” he says.

“Private consumption in Germany is likely to continue and middle class spending in China is also growing. We also expect the economies of South America to continue recovering.” 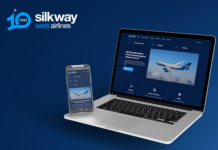