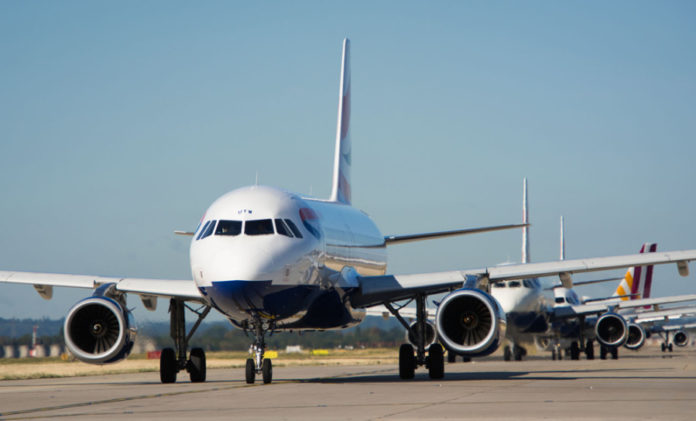 As the UK approaches a historic moment, Heathrow Airport’s head of cargo, Nick Platts is confident that the cargo community will get on with the job at hand.

With Brexit mere weeks away, there has been a lot of talk about how businesses will cope, with the potential for Kent becoming a lorry park as lorries try and get through Dover. Questionable contracts have been made with shipping companies with no ships, wanting to operate to ports without the appropriate infrastructure, and taking their terms and conditions from takeaway restaurants only to have the contract terminated, among other issues.

While there could be issues at Heathrow, Platts is not too concerned. Pointing out that Heathrow is already set up for trade with non-EU markets, he says: “I am confident that we’ll carry on largely as we are today.”

He admits there will be some “teething problems” as people get used to the new arrangements, but adds: “I believe the Heathrow cargo community is getting ready and will do what they always do in the face of operational pressures – just get on with it.”

The airport has worked very hard with organisations to instigate changes, collaborating with the Border Delivery Group, HMRC, Dft, DEFRA, GLA, Hillingdon Council and the City of London for processes and inspection requirements for European Union trade. Heathrow is also working closely with operational partners such as the Metropolitan Police, Highways Agency and the Local Resilience Forums on contingency plans. For EU trade, Platts says: “It will depend on the customs arrangements in place and provided we have a frictionless border, I don’t expect much to change. The EU27 countries account for around 7% of our total flown cargo, and trucked cargo is likely to be similar in tonnage terms.”

While all of this is going on, Heathrow is continuing to handle high volumes of cargo. Cargo for 2018 was around the same level as 2017, which was an exceptional year for the whole industry. January 2019 figures have been released, and they are down 1.8% year-on-year to 130,692 tonnes.

Platts says the peak season was much quieter, and unusually the Easter peak was marginally higher than October. IATA is forecasting slower growth in 2019 than 2018, with Platts commenting: “Given our link in the global picture, I expect we’ll see the same.”

As ever, Heathrow is working on making cargo operations more efficient. Platts says there have been improvements through better collaboration, especially from the peak contingency plans.

He says: “After the very challenging peak in 2017 where we saw disruption in the cargo estate, we’ve worked closely with the cargo community, Segro, and our other partners on ways of keeping cargo flowing. I’m pleased to say that we haven’t seen a return of those 2017 issues and the feedback I’m getting is that the 2018 peak was much better.”

There has been “fantastic engagement” with the cargo community, who he would really like to thank for their help in 2018. Platts’ team has worked with specialists at Alchemmy to assess how the community could work smarter to make the most of Heathrow’s capital investment.

He says: “The insights the team have generated from all of that engagement are making a real difference to our plans and we’ve gained a much better understanding of how we can lead the transformation of Heathrow’s cargo proposition.”

There are a number of projects underway and the business cases are being refined. A truck call-forward facility has been designed and the inclusion of technology to link it with the cargo sheds is being investigated. Progress is being made on generating cargo-specific forecasts and insights, with the focus on making sense of FFM data required from airlines. The most complex project is centralising border examinations.

Platts says: “We’re still developing the business case so it’s a little early to be specific on what will be delivered and how that will translate to more efficient and predictable operations.”

As Britain looks to the future outside of the EU, Heathrow will continue to link exporters to the world.

Platts says: “As we look further ahead, especially with our plans for expansion, there will be increased opportunities for exporters to use Heathrow to deliver their goods quickly and reliably to long-haul markets that will become more important as we leave the EU.”