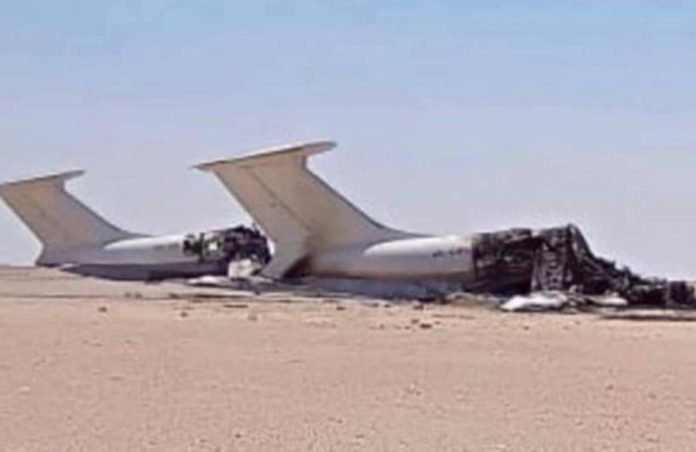 Two Ilyushin IL-76s have been destroyed in a drone attack at Al-Jufra Airbase in Libya, killing the captain of one of the aircraft.

According to Aviation Safety Network, the Libyan Air Force under the government of National Accord carried out multiple drone attacks at about 04.00 on Thursday 25 July.

The captain of UR-CMC died in the attack, reportedly trying to save his on board documents.

The Libya Observer says the Libyan Air Force destroyed an ammunition depot and the aircraft, saying they were being used for Khalifa Hafter of the Libyan National Army’s armed groups.

The air base is under the command of the Libyan National Army, which has been in conflict with the international recognised Government of National Accord since late 2015.

It says the decision was taken by the permanent commission on the certification of operators.