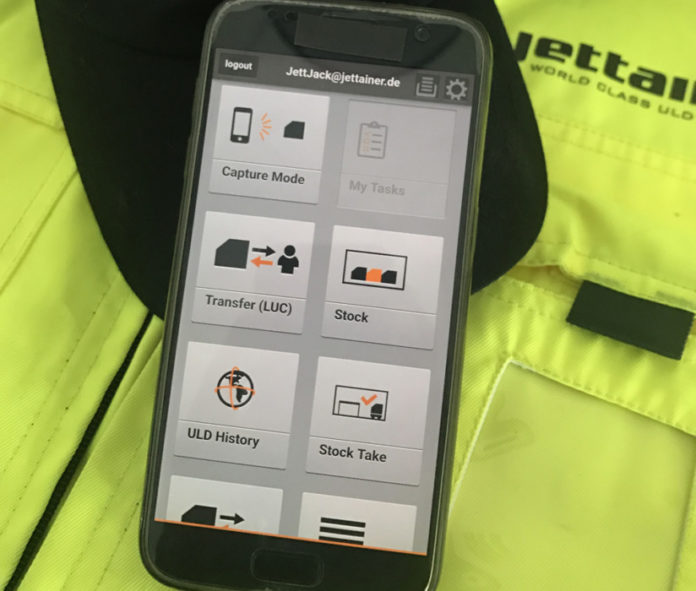 Jettainer is now offering its “JettApp” for smart phones, with the Android app available to download from the Google Play Store and an iOS version being planned.

It says all relevant unit load device movements can be individually summarised and clearly represented with the app and various functions also facilitate the handling of complete pallet stacks and allow for the exchange of messages when units transfer from one airline to another, as well as search for ULDs or airway bills.

The app, previously only available on tablets, has been steadily increasing user figures since 2012, and all 5,000 current users will now be able to utilise the app with existing JettWare logins.

Jettainer director sales, Thorsten Riekert says: “With the JettApp for smart phones, we’re expanding the service for our customers. The intuitive usability helps make our employees’ work easier at their individual locations. At the same time, we’re also increasing the process effectiveness and taking another step towards digitalisation and paperless work.”