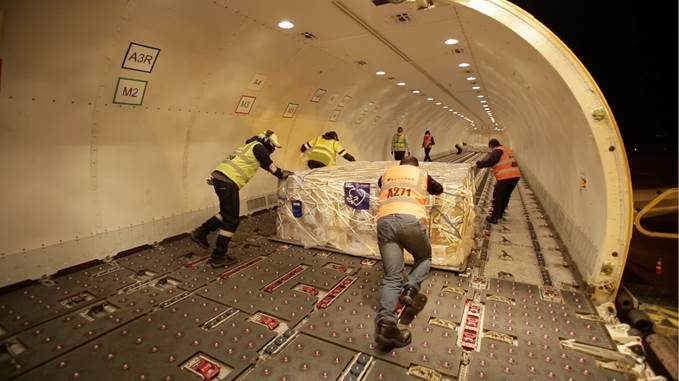 LATAM Airlines Group’s Solidary Plane Program is a special programme that provides humanitarian services throughout South America and has strongly contributed to the fight against COVID-19. Despite the closed-border policies and other restrictions imposed by countries, the program currently reaffirms LATAM’s commitment to the community and South America’s health care system.

Solidary Plane in Brazil actively collaborated with various NGOs and hospitals in food and medical supply donations used to combat COVID-19. More than 64 tonnes of food were donated to different NGOs supported by LATAM throughout Brazil. The company decided to use the goods that would be served in its flights for a new purpose. Institutions such as Gerando Falcões, Gastromotiva, Amigos do Bem and Instituto Tennis benefitted from these actions, which served as a logistics basis to support more than 70 institutions/projects.

LATAM transported 45 tonnes of medical supplies in partnership with institutions such as HCor, Albert Einstein, Policía Federal, Amigos do Bem, Universidad Pública de São Paulo (USP) and the Ministry of Health, among others.

Since the pandemic began, LATAM Group has transported over 680 tonnes of medical supplies to different locations within Brazil, Chile, Colombia, Ecuador, Peru and Argentina. These include masks, rapid COVID-19 tests and medicines, among others.

Among the measures implemented to combat this unprecedented crisis, the transportation of medical supplies was one of the important milestones for the Solidary Plane Program. These supplies were sent in the first historical LATAM flights from China to South America and included face masks and lung ventilators.

The Solidary Plane Program maintains a partnership with DKMS Foundation in Chile, an institution focused on finding compatible donors around the world for patients suffering from leukaemia. The program provided patients with a life opportunity by transporting stem cells in the cabin of a LATAM Cargo aircraft for the first time. So far, eight stem cell shipments have been transported to offer these people a second chance at life: six for Chilean patients (Frankfurt-Santiago), one from Brazil to Argentina and one from Santiago to Europe.