The supervisory board of Mitteldeutsche Flughafen has unanimously cleared the way for investments including a second cargo city in the northern part of Leipzig/Halle Airport.

The shareholders agreed to investments in apron areas, logistics and office buildings in the northern and southern parts of Leipzig/Halle as well as cargo city, investing around €500 million over the coming years.

Taken together with the expansion of the DHL hub, which was announced with DHL during the autumn of last year, is the largest investment package for the airport since the 1990s. The airport company will bear the responsibility for the investments.

Dr Matthias Hass, Saxony finance minster who represents the Free State of Saxony as the main shareholder says: “Leipzig/Halle Airport is developing very well. It and its surrounding area are the major job creator for the region. We’re continuing to invest in the future of the airport to continue growth in the long term.”

Götz Ahmelmann, CEO of Mitteldeutsche Flughafen says: “I’m delighted that the shareholders are supporting our course with such commitment. We can now continue to expand our excellent market position for cargo. Leipzig/Halle Airport is already the fifth-largest freight hub in Europe and the second-largest in Germany. And this growth is continuing: we were able to set a new record with freight volumes totalling 110,419 tonnes as recently as March 2019.” 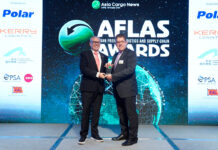 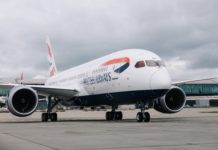 Yasmin Turner - Oct 21, 2021
0
Back by the world's strongest cargo flight network, Turkish Cargo is key player when it comes to the country's medical exports. Today, the carrier...