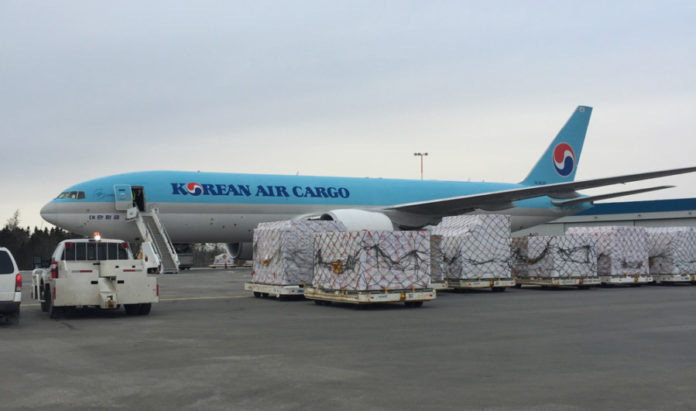 Live lobster is the cargo of the day, every day at Halifax Stanfield International Airport, with significant growth in exports to China, Europe and US.

Nova Scotia seafood represented a significant portion of the record 36,938 tonnes of cargo at Halifax Stanfield, an increase of 8.5% over 2017 and the fifth consecutive year of growth.

“We work closely with suppliers, shippers and airlines year-round to enable the global export of goods directly from Nova Scotia to destination markets, meaning more people are able to enjoy our world-class quality seafood and other products.”

Construction of a new Air Cargo Logistics Park will begin this year, and is expect to open either in late 2020 or early 2021.

The new facility will enhance infrastructure, support the flow of goods and improve cargo handling, enhance trade for the province and region, expand capacity for exports and create jobs.

“When it comes to flights, infrastructure and specialised human resources, we now have critical mass and that’s good news for everyone involved.”