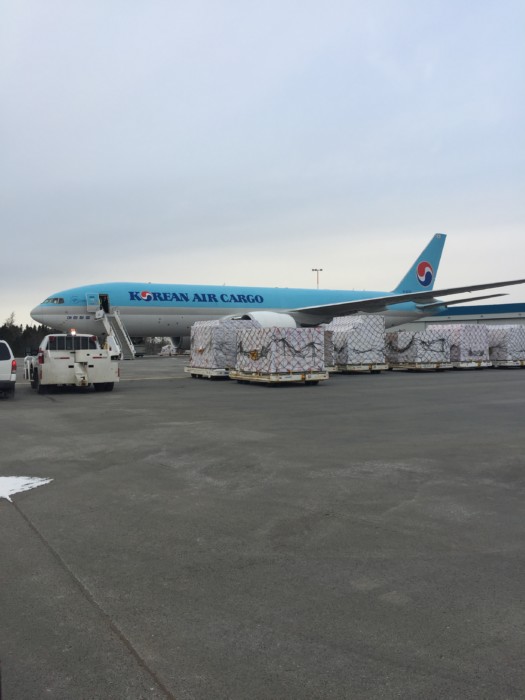 Millions of dollars’ worth of Nova Scotia lobster and other seafood products will be shipped overseas once again during the holiday season.

“This has traditionally been the busiest time of the year for our cargo business. By the end of the month, we estimate $30 million in lobster will have been shipped from Halifax Stanfield in December alone. We anticipate the same high level of activity during the first month of 2018, as demand for Nova Scotia lobster is strong during the Chinese New Year holiday celebrations,” says Bert van der Stege, Halifax International Airport Authority (HIAA) chief commercial officer.

The value of cargo exports is up 10 per cent versus last year and 2017 is expected to become another record year for Halifax Stanfield’s cargo business. The increase is driven by high-value, high-demand seafood products like Nova Scotia’s world-famous lobster, notes van der Stege.

“We see our role as facilitating Nova Scotia exports to global markets, hence the need to continue to invest in facilities and grow the value of exports. As an example: every single Boeing 777 freighter contributes $1.5 million to our local economy,” he says.

Last month, HIAA submitted a funding application with the federal National Trade Corridors Fund in an effort to gain access to financial support that would allow the airport to continue its growth and support of the cargo logistical chain.

Located beside the existing cargo facility, the new Halifax Stanfield Air Cargo Logistics Park would include expanded facilities for ground handling and warehousing services as well as additional space for aircraft parking. This would be accomplished by working with a private developer to develop approximately 25 acres of new, fully-serviced airside lands.