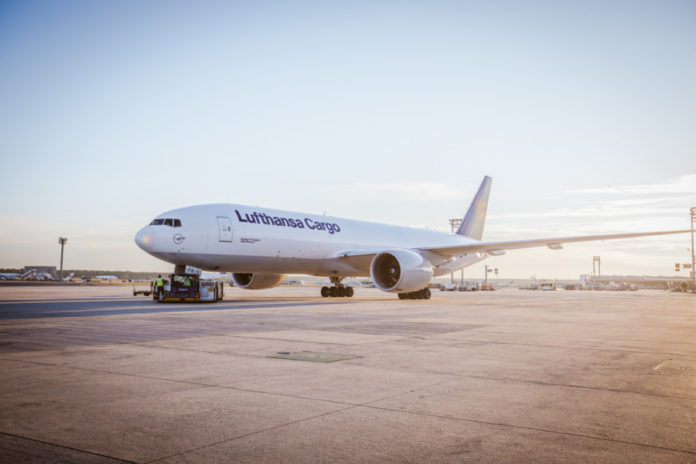 Lufthansa Cargo has ordered two Boeing 777 Freighters, which will join the fleet in 2019 as it replaces older MD-11Fs.

The two aircraft are scheduled to take off from Boeing’s plant in Seattle in February and March 2019 and offer 20 per cent lower CO2 emissions than existing MD-11 Freighters, along with lower noise emissions and fuel consumption.

Lufthansa Cargo chief executive officer, Peter Gerber says: “The Boeing 777F is not only the world’s most powerful, efficient and environmentally friendly freighter, it is also a visible sign of our modernisation strategy. With the growth of our Boeing 777 freighter fleet, an important milestone has been reached on our way to forming a company for the next generation.”

The airline is also upgrading infrastructure including modernising its Frankfurt hub, investing in a new CoolCenter in Munich and a freight crane is advancing the digitisation of the entire process chain.

Boeing Company senior vice president of commercial sales and marketing, Ihssane Mounir says: “We are honoured that Lufthansa Group, an aviation leader in Europe and around the world, is expanding their fleet of 777 airplanes. The order is another testament to the tremendous value of the 777 and its unique combination of long range, outstanding efficiency, and leading reliability.”