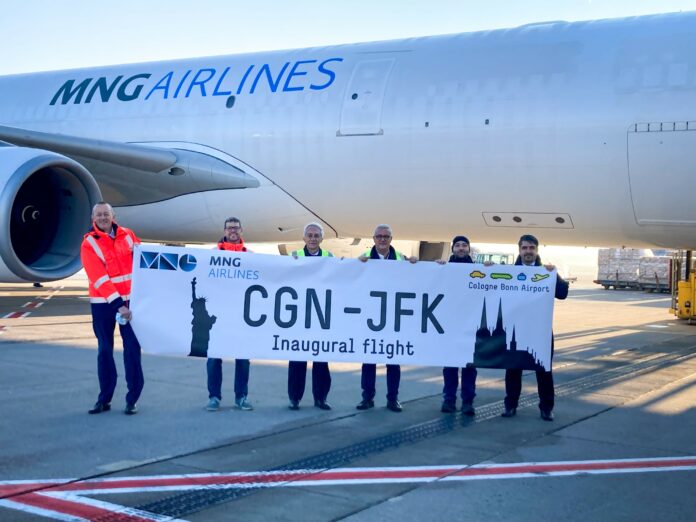 This week Cologne Bonn Airport celebrated the arrival of MNG Airlines’ brand new converted A330-300 P2F and the inaugural flight of the new regular CGN-JFK route. By adding the A330-300 P2F, which can carry up to 63 tonnes per flight, MNG Airlines’ fleet grows to nine freighter units. In late August 2022 a second A330-300 P2F will join the fleet.

Sedat Ozkazanc, managing director of MNG Airlines noted: “We are thrilled to reinforce our flight programme in Europe and  extend it to New York JFK. We have high expectations about the future of MNG Airlines with this new A330-300 P2F.”

Johan Vanneste, president & CEO Cologne Bonn Airports adds: “We are delighted that our long-time cargo airline partner MNG Airlines is significantly growing its presence at CGN. Especially the German and BeNeLux-exporters will benefit from the new JFK-flights.”