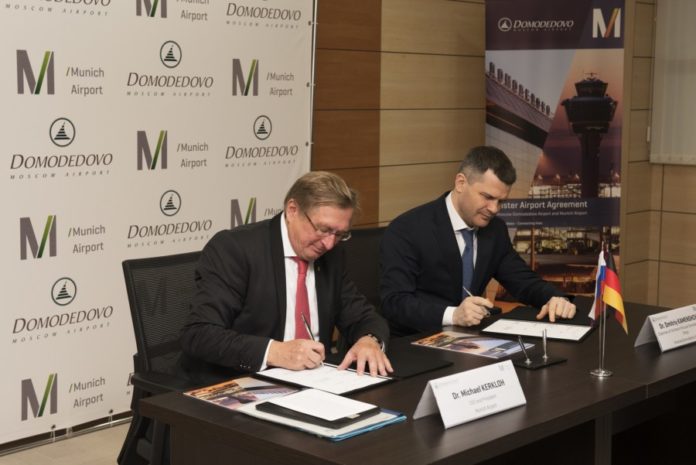 The aim of the partnership is a knowledge transfer for employees and managers on both sides and will include such activities as exchange programs that will give employees an up-close look at the daily workings and processes of the partner airport.

The agreement also calls for an intensive exchange of ideas with regard to terminal planning, IT, real estate development, security and digitalisation.

Kerkloh says: “Munich and Moscow is a partnership between equals. The continuous interactions with our sister airports in America, Asia and Africa help us to maintain and improve on our high quality standards. That makes it an even greater pleasure for me to welcome our first sister airport in Eastern Europe.”