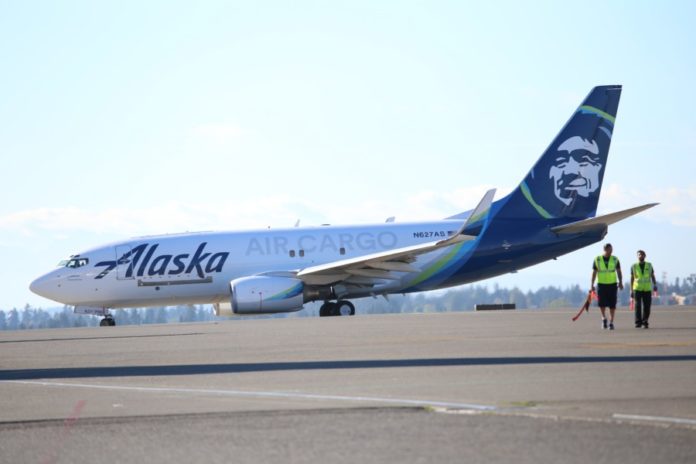 Israel Aerospace Industries (IAI) performed three-quarters of all B747-300 conversions from passenger to freighter configuration in 2017. In what the company says is a “record year”, IAI’s Bedek Division delivered 22 converted aircraft to customers.

Throughout the world, 28 wide-body airplanes have been converted in 2017, of which IAI was responsible to 20 conversion projects. In the Boeing 767 segment, IAI converted 18 out of 24 airplanes converted around the world in 2017. Most of the aircraft converted this year were delivered to American clients, including Alaska Airlines.

IAI became the first company in 2017 to receive STC approval to convert the B737-700 first New Generation aircraft and has converted two airplanes of this model. The conversion work included the mounting of wide loading door on the airplane’s left side, adapting the air-conditioning system in the central cargo area and the installation of smoke detection system.

Additional airplanes converted this year included 18 Boeing 767-300s, two Boeing 747-400’s and two Boeing 737-700 with FAA conversion permit. In 2017 Bedek crossed the 100 B767s converted with more airplanes of this model awaiting conversion in 2018, a major accomplishment on a global scale.

In 2017, Bedek also opened a Boeing 767-300 conversion site in Mexico City, which is operated by Mexicana MRO Services. Two more conversion sites will open in 2018 in China. The joint venture with Chinese companies focuses on expanding the maintenance services for civilian aircraft and conversion into air freighters, laying the foundations for future joint ventures. The first conversion projects are expected to start in mid-2018.

VP and director of Bedek division, Yossi Melamed says: “Bedek marks a record year in conversion projects and is today the global leader in comprehensive passenger and cargo services. We are proud to offer one of the largest conversion centres in the world with capability for converting a range of aircrafts. We serve airplane leasing companies, airlines, aircraft manufacturers and air freight companies. Bedek’s modern facilities provide a broad, full-range maintenance and overhauling services for a range of airplane models.”