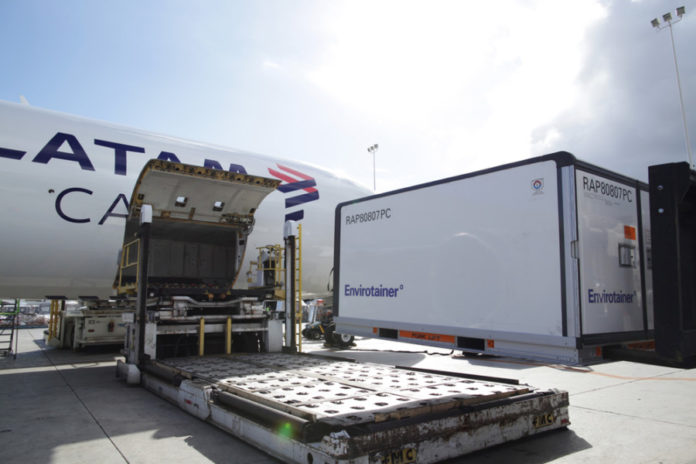 Cargo revenue at LATAM Airlines increased 16.8 per cent in the second quarter of 2018 helped by rising yields and stronger demand in the region.

The Latin American airline group’s cargo revenue reached $299.7 million in the second quarter, with volumes increasing 7.6 per cent to 231,000 tons.

Load factors improved by one percentage point to 54.9 per cent and yields based on revenue tonne kilometres increased by 6.7 per cent to 34.3 US cents.

Imports from North America and Europe to Brazil and Chile showed improvements, driven by electronics and capital goods, while salmon from Chile saw the biggest growth among exports.

LATAM is also working on upgrading its cargo fleet by converting one Boeing 767-300 from a passenger aircraft into a freighter this year, and converting another two in 2019.

During the second quarter, the airline group was affected by a cabin crew strike in Chile, a trucking strike in Brazil and issues with Rolls-Royce engines meaning fewer Boeing 787s were available.

At one point in June, 13 aircraft were out of service and six of LATAM’s 24 787s are out of operation awaiting Rolls Royce’s preventative engine maintenance.