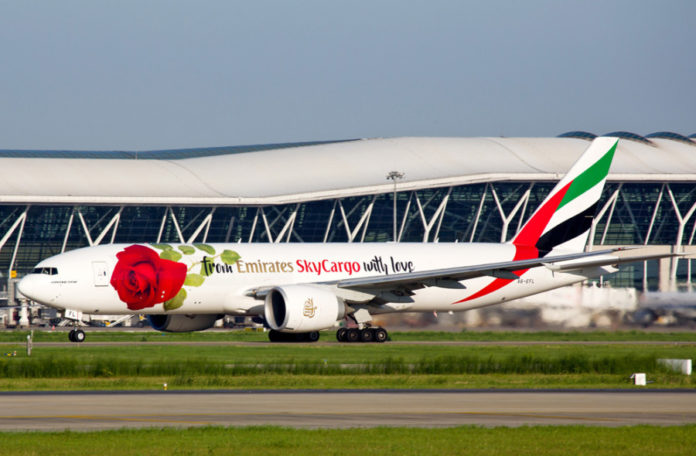 The aircraft arrived in the early hours of 28 August on the day of the Qixi festival, known as Chinese Valentine’s Day.

The rose decal on A6-EFL was unveiled in Dubai for Valentine’s Day in February to highlight the role of Emirates SkyCargo in the global floriculture industry, and it has since flown to almost 50 destinations including a special visit to Barcelona on the Catalan ‘Day of the Rose’.

The aircraft has flown over 400 flights and carried over 20,000 tonnes of cargo in six months including flowers and other perishables, pharmaceuticals, horses, cars and general cargo.

Rosie also featured prominently in the initiative organised by Emirates SkyCargo to market the South Indian festival of Onam, a festival celebrated by those living in the state of Kerala as well as Keralites living in the Middle East. 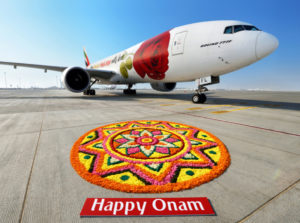 Emirates SkyCargo transports significant volumes of perishables including bananas and banana leaves from Kerala to the Middle East during the run up to Onam, with fruit and vegetables being used to prepare the traditional festive banquet called Onam Sadhya.

Flowers were brought in from India are also used in traditional Onam Pookalams, intricate and colourful floral arrangements and form an integral part of Onam festivities.

In the first three weeks of August 2017, Emirates SkyCargo transported close to 2,200 tonnes of fruit and vegetables from India to the rest of the world, with almost 1,700 tonnes going to destinations in the Middle East.