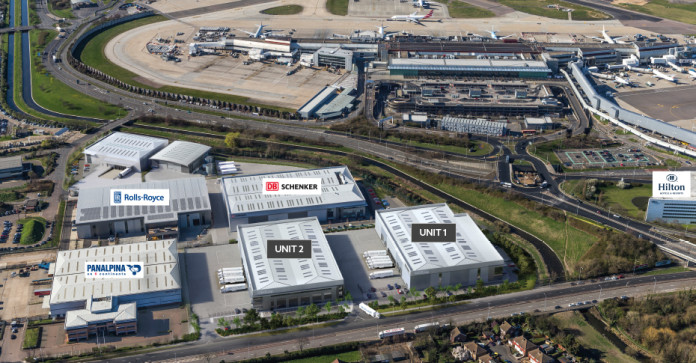 SEGRO has acquired the remaining 50 per cent in the Airport Property Partnership (APP) joint venture from Aviva Investors as part of a £365 million deal.

The APP includes the majority of Heathrow Airport’s airside cargo facilities and gives SEGRO total ownership of the £1.1 billion valued APP. The company paid £216 million in cash and the disposal to Aviva Investors of £149 million of assets.

APP contains 21 direct property assets, valued at £1,097 million and totalling 350,000 square metres, 87 per cent of which by value are located at London Heathrow, including the majority of the airport’s airside cargo facilities.

At 31 December 2016, the portfolio had a vacancy rate of 7.5 per cent with an average lease length of 11 years to the earliest of break or expiry. The portfolio also includes one development project which is underway and is expected to complete in 2017. The valuation is in line with book value at 31 December 2016.

As at 31 December 2016, the properties generated annualised passing rent of £42 million, with a further £6 million payable after expiry of rent-free periods. This translates into a net initial yield of 4.2 per cent once rent-free periods expire. The portfolio is reversionary and the initial yield on acquisition does not reflect the potential uplift of rent on expiry of a number of leases on peppercorn rents in 2019.

SEGRO acquired its stake in APP in June 2010 and acted as asset manager for the joint venture, with Aviva Investors acting as fund manager.

SEGRO’s chief executive officer, David Sleath says: “The strong working relationship between the teams at SEGRO and Aviva Investors has enabled the APP portfolio to deliver excellent performance over the last five years and we appreciate Aviva’s contribution to making APP such a successful partnership.

“We believe now is the right time to take full control and ownership over APP in which we see a number of opportunities to realise further value from its unique portfolio in the short and long term. We look forward to pursuing our development plans, taking advantage of strong occupier demand for facilities around Heathrow from customers needing rapid access both to the airport and to Central London.

“Our Heathrow portfolio is one of the jewels in our crown and we are delighted to be able to add scale in this supply-constrained market.”

SEGRO says there is future development potential and one development underway, within the North Feltham Trading Estate, on which 7,300 square metres of new urban warehouse properties are being constructed, but there are also a number of other sites suitable for either near-term in-fill developments or longer-term redevelopment.

The most significant of the longer-term opportunities is the Heathrow Cargo Centre which was built in the 1960s and requires redevelopment to cater for the current needs of cargo handlers and to expand its capacity to meet occupier demand for space.

And the UK government’s decision to support a third runway at Heathrow significantly increases the likelihood of expansion in the medium to long-term which would enable airlines to serve an increased number of international and domestic markets.

This SEGRO says should increase the volume of cargo passing through Heathrow and, demand from airlines, airport and airline service companies, cargo handlers and other users of industrial property for the limited space in and around the airport.