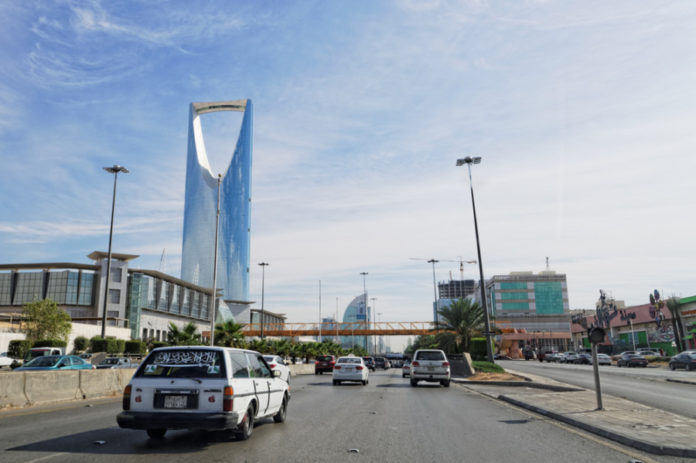 Saudi Arabia is changing fast, writes David Craik. Women have been given the right to drive, music can be played in public and you can even go to the cinema.

The Kingdom’s Vision 2030 project, led by the youthful Crown Prince Mohammed bin Salman, is also set to revolutionise Saudi’s economy which has been so heavily reliant on bountiful oil deposits for the last few decades.

Vision 2030 recognises that the Kingdom faces a future of waning oil deposits and demand given the global rise in renewables. In order to maintain current living standards, the Kingdom realises that it must boost private investment and find diverse income streams.

The project identifies the nation’s logistics sector as playing a pivotal role in luring some of that non-oil trade to and from the Kingdom. As part of a nine-point logistics transformation strategy it has called for changes to the air cargo sector to “enhance the efficiency and service quality of air cargo transport, through increased liberalisation and private sector participation”.

It wants to modernise airport cargo facilities and eliminate bottlenecks, automate the import/export process and speed up clearance times. According to consultants A.T.Kearney an impact is already being seen with clearance times at airports down from 3.4 days in 2016 to 1.2 days in 2017. The number of documents needed for importing and exporting has also fallen by over 75 per cent.

Another aspect of the plan is to develop a wider national transport infrastructure structure leading to better sea to air and rail to road connectivity. Crucial to this will be the ability to attract more private investment.

It is already happening – an example is the 2016 award of a 20-year contract to SATS to become the first international cargo handler to build and operate a cargo terminal in Dammam.

The terminal belongs to Saudi Airlines Cargo Company (SACC) with Siemens equipping it with state-of-the-art cargo logistics and intelligent software to cope with an expected “considerable increase” in capacity.

“This development enables SACC to maintain minimum ground handling times,” SPPAL chief executive Michael Reichle, tells Air Cargo Week. “By doing so we will contribute to the airline’s efforts to further increase its competitiveness. At the same time, Siemens is supporting the customer’s growth plans and promoting economic development in Saudi Arabia and the entire Middle East.”

Reichle adds that one of the goals of the development is to increase the cargo capacity at King Abdulaziz International Airport to around 820,000 tons per year.

“We are implementing a fully automated storage system with 700 positions for unit load devices (ULDs) and six elevating transfer vehicles (ETVs),” he says.

“Thirty-three conveyor lines form the interface to the airside. In addition, the facility has around 50 build-up and break-down workstations for containers of various sizes. On top of that, Siemens is setting up a large air-conditioned area with over 170 storage positions for perishable goods in dedicated refrigerated and deep-freeze rooms. The intelligent Siemens software Cargo Compact is responsible for control of the entire warehouse system. The project also covers long-term maintenance of the systems.”

Reichle has high hopes for future demand as Saudi Arabia looks to diversify its economy. “SACC is Saudi Arabia’s leading cargo airline, transporting cargo to over 250 destinations in Asia, Africa, Europe and the United States,” he states. “They use the country’s unique geographical location and their optimal freight connections to build bridges between East and West.”

The 75,000 square metre cargo handling facility has double the area of the current offering, estimated at 35,000 square metres. The first phase of the project is expected to end November next year while the second phase begins June 2020 and ends December 2021.

Saudia Cargo, which has 17 freighter aircraft, has also announced a move to train and hire 280 Saudis as part of Vision 2030. They will study cargo and logistics including warehouse management and equipment handling of dangerous materials, eventually leading to a position as an operations officer or freight officer at Saudia Cargo.

Operationally it is also eyeing expansion. It has opened a new cold storage facility at King Abdulaziz International Airport to handle pharmaceuticals and medicines and cater for rising demand for food and drug volumes.

It intends to open similar facilities throughout the Kingdom and is currently planning to launch a specialist pharmaceutical handling facility in Riyadh offering FlyPharma services.

Internationally, Saudia is eyeing up further growth in South Africa where it recently appointed ATC Aviation Services as it general sales and service agent. It also wants to further expand in India where exports to Saudi Arabia include fruit and vegetables, machinery and raw materials. Imports to India from Saudi include oil and leather.

What then of international operators? What do they make of the new Saudi Arabia?

In addition, UPS Worldwide Express Freight service has expanded to Lebanon, Latvia, and Lithuania and added an outbound service to Saudi Arabia this year.

Avinor director cargo Martin Langaas, says: “Saudi Arabia is a high income region and we are seeing huge growth in demand for airfreight capacity for salmon and other seafood,” he states.

Langaas says the whole region including United Arab Emirates, Saudi Arabia, Oman, Kuwait and Bahrain saw around 11,000 tonnes imported in 2017. That is an increase of 100 per cent since 2014.

“We expect a continuing sharp increase in export to Saudi Arabia especially. We are also confident that within a few years the market will sustain a direct freighter from Oslo to Saudi Arabia,” he states.

From driving to movies to the air – Saudi is ready to take off.