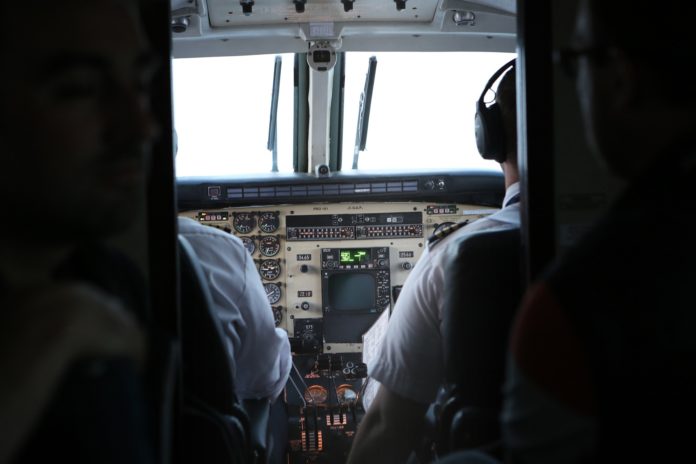 Currently, all-cargo airline operations are excluded from science-based pilot fatigue rules despite flying the same routes, in the same airspace, and into the same airports as pilots of passenger airlines. These inconsistencies in regulations put the traveling public at risk say the unions. The Safe Skies Act will address pilot fatigue and ensure airline safety without placing unreasonable cost demands on the industry.

“Airline pilots are affected by fatigue the same, regardless of whether we fly passengers or freight. It is time for Congress to pass the Safe Skies Act and ensure one level of safety for all airline operations,” said Capt. Joe DePete, ALPA president. “Based on statistics, if the accident rate of all-cargo operations was applied to passenger operations, there would be an additional 277 accidents within 10 years. That is not acceptable.”

“As pilots flying for UPS, we know firsthand the hazards of applying differing levels of safety to cargo and passenger flights,” said Capt. Robert Travis, President of the Independent Pilots Association. “We applaud Congressmen Carbajal, Cartwright, Katko and Fitzpatrick for introducing legislation that will provide for a single, science-based national standard in the fight against pilot fatigue.”

“On behalf of the Atlas Air pilots and our Teamsters Local 2750, I want to offer our strong support for the legislation Congressmen Carbajal, Katko, Cartwright, and Fitzpatrick are introducing in the House of Representatives. The current dual FAA pilot fatigue rules are undermining the fundamental principle of one level of safety for America’s national airspace. The bifurcation of the current fatigue standards puts a particularly hazardous burden on Atlas pilots, who personally fly both passenger and cargo aircraft, resulting in potential danger to the American public both in the air and in the homes and on the streets of our country,” said Teamsters Atlas Local 2750 chairman Capt. Bob Kirchner.

“Allowing some operators to operate outside of this much-needed safety net is not grounded in modern fatigue science as mandated by Congress in 2010. Logical regulatory reform must take precedence over special interests within the air cargo industry,” stated Capt. Larry Rooney, CAPA president. “We look forward to working with our fellow CAPA and ALPA union brothers and sisters to provide a commonsense solution to this glaring safety loophole.”

H.R. 5170 will direct the FAA to apply the flight, duty, and rest requirements (ie FAR Part 117) to all-cargo operations in the same manner as they apply to passenger operations. Pilot fatigue is not dependent on the type of operation, and there is simply no reason for all-cargo pilots to operate under a different standard of safety.