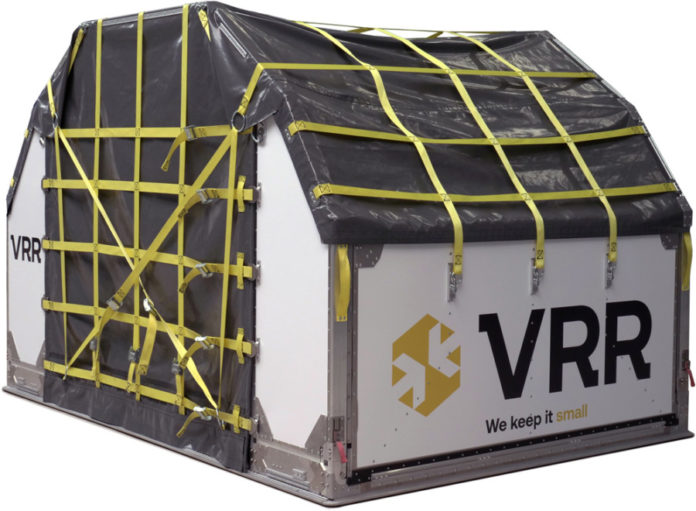 The collapsible AAY container weighs 280 kilos and can be erected and collapsed by two people in two minutes.

When folded, the container is seven times smaller and has a height of 25 centimetres.

It can be stacked up to four high on a 737F’s main deck and six high on the lower deck of a wide-body aircraft.

Geert van Riemsdijk, managing director of VRR says: “The collapsible AAY container is the answer to the global imbalance in main deck containers. The digitisation of container fleets is giving fleet managers much better insight into container utilisation and revealing all sorts of repositioning issues. Incorporating the collapsible AAY into a container fleet will produce significant cost savings.”

VRR says trade lanes are becoming more imbalanced due to increased traffic and the rise of e-commerce.

With volumes four to five times larger than the lower-deck equivalent, their storage and repositioning is much more costly and challenging.