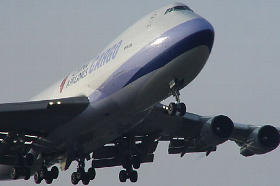 Chinese carriers’ financial performance is being negatively affected by weakness in the country’s currency.

For example, the airlines are being disproportionalitly impacted by the stubbornly high oil prices that have not fallen in the months since returning to a high of $120 per barrel in early 2011. This conclusion is the International Air Transport Association’s (IATA) analysis of the financial and market drivers that airlines are having to cope with.  The recent tensions in Ukraine and a belief that there is the potential for crude oil supply disruption in Russia are why IATA thinks prices have not dropped. Another cause IATA has identified as impacting on airlines’ revenue is demand that continues to, “moderate in line with weakening world trade growth”. IATA sets out its view of airlines’ financial situation and its analysis of the cargo market in the second quarter of this year in its Cargo E-chartbook and Airlines Financial Monitor Q2 2014. A survey of cargo heads in April found that they expect growth in traffic volumes to be slower over the next 12 months, compared to the growth rates these heads said they expected back on January. IATA notes that trade volumes have been contracting over recent months. Another survey in April found that cargo heads expect yields to remain stable during the year, but rates of growth have been downgraded.IATA also found that, while the airfreight markets have maintained the 2013 year end improvement in demand over recent months, growth has not accelerated beyond that. Freight load factors and aircraft utilisation rates have also been found by IATA to have moderated over recent months, reflecting the slow down in the rate of improvements in demand. Rates, according to IATA, also appear to have stabilised, but compared to a year ago they have still contracted. The contraction has simply stabilised. Yields have stabilised too, but remain weak with, “no further improvement in load factors over recent months”.What stronger economic growth there has been has not generated the expansion of international trade that would have occurred in the past, as production has been on-shored. Despite all these challenges, IATA found that airlines are continuing to improve their financial performance at the operating level. It also sampled 52 airlines and found that  there is an increase in their operating profits. Overall IATA is broadly concluding that, airfreight growth is showing “solid improvement”, compared to a year ago, but high fuel prices and weakness in yields continue to place downward pressure; especially for the Chinese. The challenging market environment is one more issue that will be addressed at this week’s Air Cargo China exhibition and conference in Shanghai and Air Cargo Week will be there.