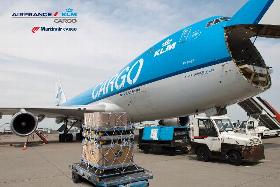 Air France KLM’s (AF-KLM) cargo volumes continue to fall with the airline’s June data following its April results and showing all its regions’ revenue tonne kilometres (RTK) declining, for which the carrier blames market over capacity.

The two worst performing regions, comparing June 2013 and 2014, are Asia Pacific and the Africa, Middle East region. They saw RTK falls of 5.4 per cent and 4.3 per cent, respectively. The Asia Pacific figure is only slightly worse than the April result when its RTK slipped 5.1 per cent. The best performing region was Caribbean, Indian Ocean and it still saw a negative RTK result of 1.7 per cent when comparing June last year and this year.

“The June traffic figures…reflect the over-capacity on certain long-haul routes, notably North America and Asia, with the attendant impact on yields. This comes on top of the persistently weak cargo demand,” says AF-KLM.

The Americas saw the next worst RTK results for June, with a fall of 3.4 per cent. However, the Americas had the second best RTK result for the year-to-date (YTD), covering the period January to June – it achieved 1.4 per cent growth. The Caribbean, Indian Ocean region achieved the best YTD result of three per cent, but this is only six more revenue tonne kilometres.

The carrier’s load factor also declined in June, despite a 9.4 per cent cut in full freighter capacity. June saw a load factor fall of one per cent to 2.3 per cent. However, June does not reflect the YTD load factor figures, which show small increases of between 0.4 and 1.4 percentage points.

The best improving region was the Caribbean, Indian region, but it still had the lowest load factor of 39.9 per cent.

The highest load factor was Asia Pacific at 77.7 per cent, but this is still lower than April’s best YTD load factor which was 78.4 per cent, 0.7 percentage points higher. 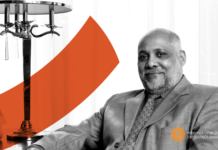