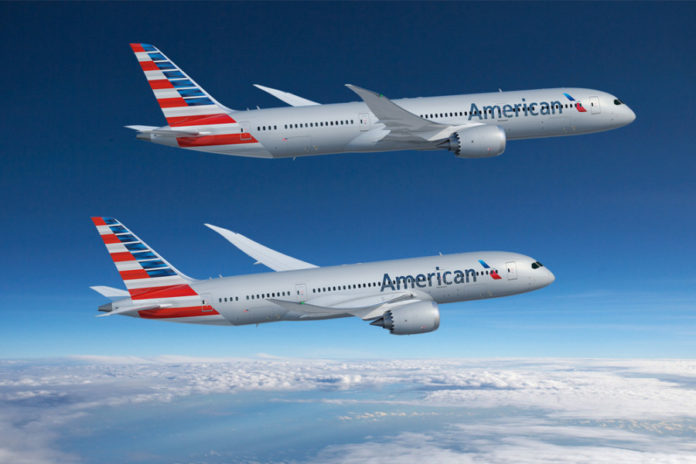 American Airlines has ordered an additional 47 Boeing 787s and cancelled a major Airbus order originally placed by US Airways.

The 787s will operate on routes including to Asia Pacific and Europe, and are built with lightweight composite materials and powered by advanced engines, which Boeing says lowers operating costs by more than 20 per cent compared to previous aircraft and by 10 per cent compared to modern jets.

Boeing Company senior vice president of commercial sales & marketing, Ihssane Mounir says: “We are showing again and again that the 787 Dreamliner is the champion in its class. The airplane’s tremendous value proposition explains why it has become the fastest selling twin-aisle jet in history. And when we match the Dreamliner with Boeing’s suite of services, it is a combination that delivers unbeatable value for our customers.”

American Airlines has also cancelled a major order with Airbus for 22 A350s, which was placed by US Airways to simplify its fleet.

President Robert Isom says: “This was a difficult decision between the Boeing 787 and the Airbus A350 and A330neo and we thank both manufacturers for their aggressive efforts to earn more of American’s business. In the end, our goal to simplify our fleet made the 787 a more compelling choice.”

“These new replacement aircraft are consistent with our previous plans for the size of our widebody fleet.

“We see significant advantages to carrying common fleet types, including creating less friction in our operation when aircraft swaps are necessary, reducing inventory needs, and creating a more consistent service for customers and team members.”

American Airlines has also deferred the delivery of 40 Boeing 737 MAXs previously scheduled to arrive between 2020 and 2022, saying the revised schedule will better align with planned retirements of other narrowbody aircraft.