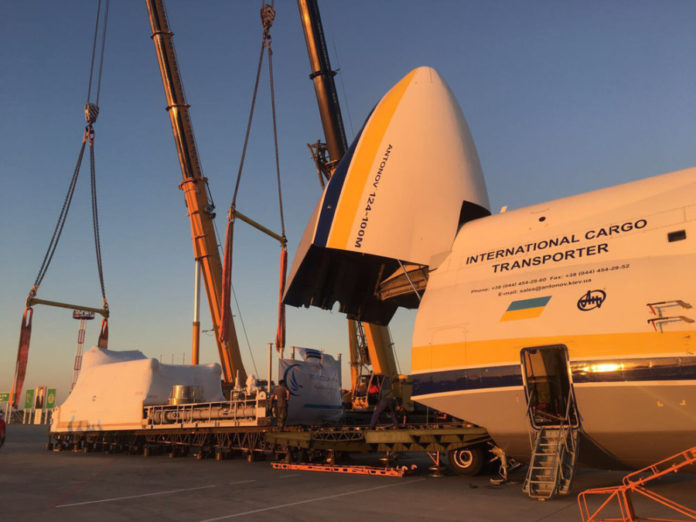 The compressor skids were transported for a Chinese oil & gas engineering, procurement and construction company on four separate flights for a gas field in Turkmenistan. 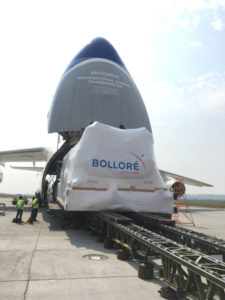 Antonov Airlines carries an adaptor on-board each of its aircraft, extending the lift capacity of its system to a total of 30 tonnes.

He says the AN-124-100 was the ideal aircraft to accommodate the oversized cargo, saying: “Due to the size and weight of the cargo, both the AN-124-100’s unique on-board crane system and extension ramps and mobile cranes were used for safe loading and offloading.”

Bollore Logistics North China managing director, Sun Hongbo says: “The level of expertise and professionalism of Antonov Airlines combined with their unparalleled flexibility were key factors for the successful completion of this project.”

“The four charters are the result of excellent teamwork and mark an important milestone in the close cooperation between Antonov Airlines and Bolloré Logistics.”