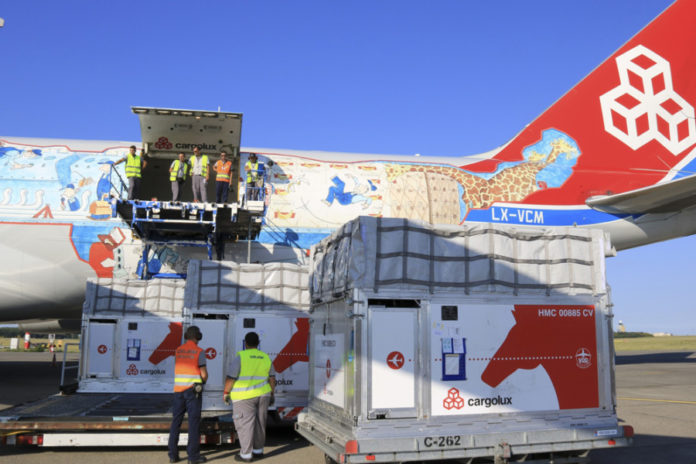 Cargolux Airlines International has flown 14 racehorses from Hungary to China on board a Boeing 747-8 Freighter.

The 14 Friesian and Shagya Arabian horses took off from Budapest Airport in special freight containers, accompanied by a team of carers and vets.

They flew to Cargolux’s Luxembourg base where they were prepared for the 12 hour flight to Beijing at the airline’s live animal station, before continuing to their final destination in Wuhan.

Cargolux flies to Budapest three times a week, and the airline’s vice president of sales Chris Nielen says: “The transport of animals is an important part of our core activities. We have an unparalleled expertise and a team of highly qualified professionals to ensure the welfare of the horses. We invested in new horse stalls that guarantee the wellbeing of the animals and a state of the art of transport.”

Hellman Worldwide Logistics Hungary airfreight manager, Dénes Szigeti says the company is proud of what it achieved, as no other forwarder has transported horses from Budapest to China directly on a regular flight.

Budapest Airport has handled 72,000 tonnes of cargo up to July this year, an increase of almost 20 per cent, and growth plans include building facilities dedicated specifically for animals in the new cargo base, which will be constructed in the coming years.