E-commerce, pharmaceuticals and perishables helped propel Amsterdam Airport Schiphol to year-on-year (YOY) tonnage of 8.5 per cent in the first five months of 2017.

In May alone, there was a YOY uplift of 12.3 per cent and head of cargo, Jonas van Stekelenburg (pictured below) says the gateway is happy with the progress as various initiatives are paying dividends.

He points to various factors for the increase this year: “There has been an uptick of the economy in the European Union, Asia and the US. Also special things have boosted tonnage such as the Hanjin Shipping collapse in Asia.”

Asia has fuelled the industry’s rise this year and Schiphol has benefitted as has an extensive route network into the region. In the first five months of 2017 incoming traffic from Asia was up 7.1 per cent and outgoing up 11.7 per cent.

Another boost has been from Latin American incoming traffic, which is up YOY by 34 per cent with perishables making up most of the tonnage. Cargolux Airlines has been one of the chief reasons for the surge as it has been operating more flights each week into the region.

The US is the one region showing contrasting figures and the strong US dollar is likely to be behind the incoming YOY tonnage fall of 7.8 per cent, but exports from Schiphol to the US are up YOY by 12.8 per cent.

Africa has seen falls in both imports and exports at four per cent and 15 per cent, respectively, but van Stekelenburg cannot pin-point why there has been a decline, but notes it is a “little bit worrisome”.

As for how different verticals are performing at Schiphol – pharma, perishables and e-commerce continue to thrive this year and be the rocks that growth is being built on.

The Pharma Gateway Amsterdam (PGA) community initiative has boosted the pharma supply chain and helped tonnage grow five per cent in the first five months of 2017.

“In terms of volumes it is not the biggest vertical, but the value is very interesting. We put a lot of emphasis on pharma and the whole community will profit from what we do. Through the PGA, everybody is working closer together and we have had more members and hope for more. 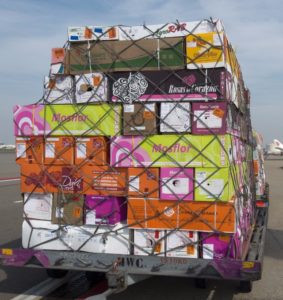 “There is a lot more emphasis on maintaining high standards and performance in the whole supply chain and cooperation between the different partners is much better. PGA has improved the quality and we are very happy with that,” says van Stekelenburg.

E-commerce is a more difficult sector to monitor in terms of tonnage, but van Stekelenburg explains Schiphol is seeing a big uptick in Customs declarations. “What we see is there is a shift from big shipments to smaller shipments, which is the e-commerce traffic. It is very important and we are doing things to facilitate e-commerce,” he says.

VENUE-authorised shippers can submit a pre-declaration leaving out one or more particulars, and goods valued at €22 or less require no supplementary declaration. VENUE is available until the third quarter of 2019.

As for perishables, flowers continue to be the biggest sector with most coming from Nairobi in Kenya, now Schiphol’s second biggest cargo destination after Shanghai. 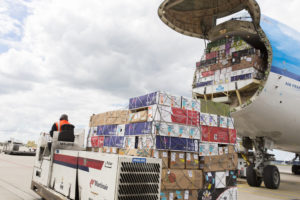 Flowers van Stekelenburg says are in the “DNA of the Netherlands” and the Holland Flower Alliance (HFA) it launched in March with KLM and Royal FloraHolland aims to ensure the Aalsmeer-Schiphol region remains the world’s top flower-trading centre.

HFA aims to create a seamless chain ensuring the highest product quality and fastest transport times in the most cost-efficient way. The focus is on the main flower-importing country – Kenya.

The HFA is in its early stages, but van Stekelenburg hopes in the fourth quarter of this year to report on some interesting results that the alliance has yielded.

Much of the overall growth at Schiphol he also believes is down to the cooperative approach of Dutch Customs and the strong relationship that the airport has with the department. Meetings are held with Customs every four weeks to iron out and solve any issues in the supply chain notably for perishables and pharma.

Another key focus area is to grow by optimising aircraft movements as the hub cannot expand until 2019 due to noise restrictions, and van Stekelenburg says the target is to increase the load factor, which is at 60-70 per cent. 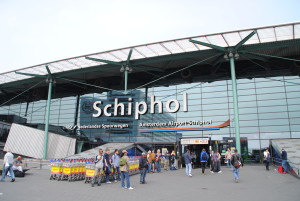 Meanwhile, the ‘Milk Run’ initiative launched in 2015 continues to pay dividends. The concept aims to reduce CO2 emissions by replacing forwarders’ truck collections from handling agents with a single delivery.

The scheme also optimises the inbound supply chain by streamlining the delivery of import shipments from handling agents to forwarders’ warehouses while improving service for forwarders’ and efficiency of the supply chain.

The ‘Milk Run’ has been further optimised and traffic is increasing, van Stekelenburg says. “It is a very good thing and everybody is sharing from the same truck. The community approach and cooperation means there is so much trust and even the sharing of airfreight. It has grown a lot since it was started,” he explains.

Schiphol looks set to continue to thrive in the future led by increasing cooperation within its air cargo community.