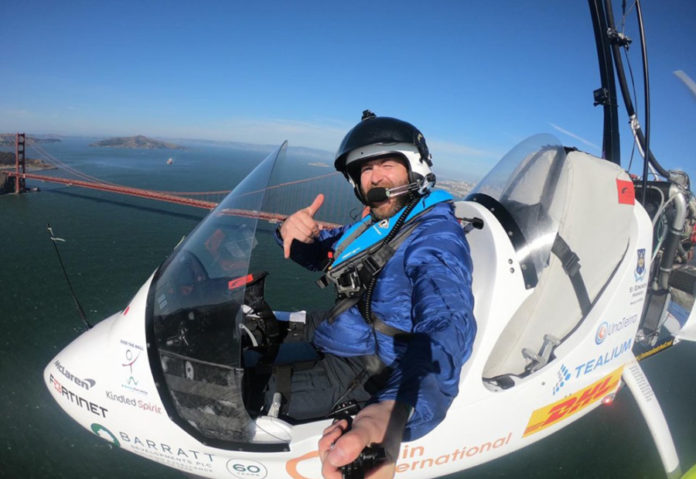 DHL has supported British adventurer James Ketchell in his journey around the world in an open-cockpit gyrocopter, which ended on Sunday 22 September.

Throughout his 37,000-kilometre journey, Ketchell visited schools to inspire children to follow their dreams, while raising money for charities Over The Wall and Kindled Spirit.

DHL leveraged its international network, shipping personal items from Siberia to the UK as well as a life raft from the UK to the US.

The journey was completed in an MAGNI M16C open cockpit tandem gyrocopter that could travel at 70 knots with a range of 700 nautical miles.

Ketchell says it was the toughest challenge he has embarked on, even more than rowing the Atlantic or climbing Mount Everest.

He says: “This has always been about trying to inspire young people and raise funds for two children’s charities. If you set your mind on something, you can do it, you can realise your dreams.”

John Pearson, CEO of DHL Express says: “We are delighted that our worldwide unique aviation and logistics expertise has helped make it possible for James to fly into the record books.”