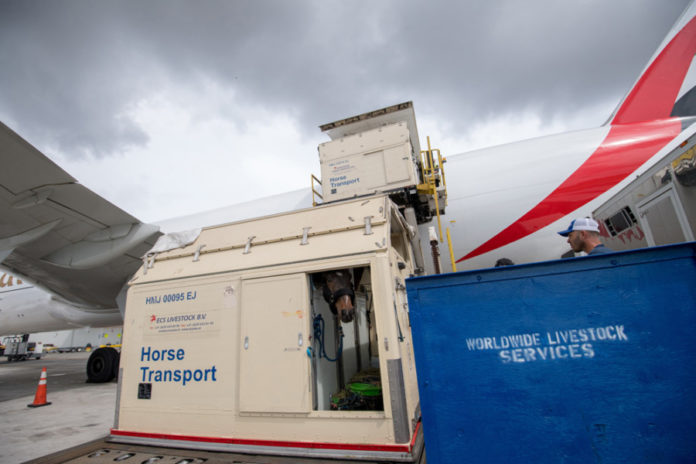 Emirates SkyCargo has continued to transport horses around the world, flying valuable animals to the Dubai World Cup Championship and for the Longines Global Champions Tour.

Over 350 horses have flown with Emirates SkyCargo in the last four months, with racehorses including West Coast, Mubtaahij and Talismanic flying to Dubai for the Dubai World Cup.

The airline transports horses from across six continents in the months running up to the event.

For the third year running Emirates SkyCargo transported close to 100 horses during the first three legs of the Longines Global Champions Tour.

Show jumping horses were moved in two special charter flights from Mexico City where they took part in the first leg of the Longines Global Champions Tour to Miami, arriving in Florida on 31 March to compete in the second round of the tour.

In addition to the horses, which weigh 600-650 kilogrammes each, equipment was also transported as part of the charter.

Once done in Miami, the horses will be flown to Liege and from there to Shanghai on Emirates SkyCargo’s freighters.

The airline also works with horse transportation companies including Janah Management and Equitrans to ensure stress free and safe journeys for the horses, who travel with qualified grooms and occasionally vets to monitor the horse’s health.