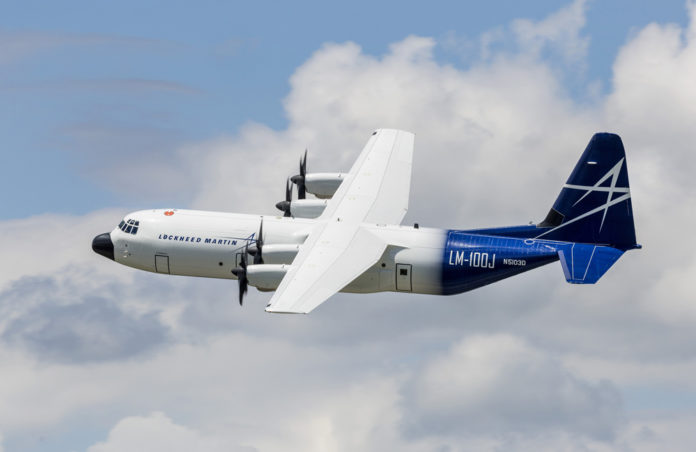 The Lockheed Martin LM-100J received its type design update certificate from the Federal Aviation Administration on 15 November, allowing it to operate from any commercial airfield.

In 2014, Lockheed Martin announced it would update the existing FAA A1SO type certificate to market the L-382J as the LM-100J, a civil-certified production variant of the military C-130J Super Hercules.

The LM-100J is a modernised version of the L-100, of which more than 100 were produced between 1964 and 1992 at the then Lockheed-Georgia facility in Marietta, Georgia.

Rod McLean, vice president and general manager of Lockheed Martin’s air mobility and maritime missions line of business says: “Like its military counterparts, the worldwide L-100 fleet is a much tasked and much relied upon. As this fleet reaches the end of its operating life, customers told us the only replacement for the L-100 is an LM-100J.”

McLean adds: “This updated FAA certification enables the LM-100J to literally go anywhere in the world to fulfil the unique and demanding requirements it was built to support. As the LM-100J enters into service, we are proud that it will continue to exemplify and expand the already unmatched capabilities of the C-130J Super Hercules family.”

Marilou Franklin, director of the LM-100J Program at Lockheed Martin says: “Our goal was to produce an airlifter that was as safe as it was capable as it was advanced. In partnering with our existing L-100 operators, our network of suppliers and the FAA, we did that ― and more ― with the LM-100J.”

Two LM-100Js are due to be delivered to Pallas Aviation in 2020, the launch operator.