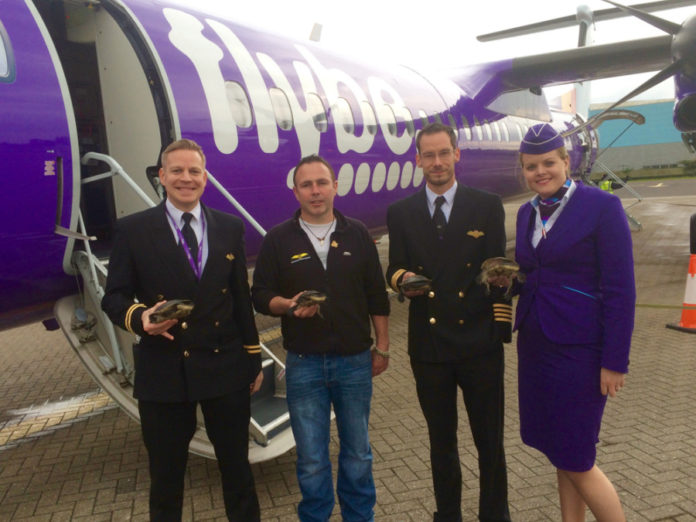 The animals flew on the 18.45h Southampton – Dublin on 27 April to complete their journey from ZSL London Zoo to The National Reptile Zoo in Kilkenny, Ireland.

They will be housed at the Lost World exhibit inside Funtasia in Drogheda, Co. Leath during the summer months before moving to Co. Kilkenny.

Flybe director of customer care, Jonathan Breedon says: “We are always pleased to help transport such precious cargo and so were happy to assist the National Reptile Zoo in ensuring that these VIP turtles could travel as quickly and safely as possible over to their new home Ireland.”

National Reptile Zoo director, James Hennessy adds: “As we are a conservation zoo, we are thrilled to be welcoming these critically endangered turtles to our Zoo and we would like to thank the team at Flybe for their support in making the transport of these turtles as easy and trouble-free as possible.”

Flybe has transported a number of rare species in the past including ospreys, seals, Blondie the albino hedgehog, Australian ‘big belly’ seahorses to the Deep Sea World Aquarium in Edinburgh and stump-tailed macaques from Edinburgh to Southampton.

Roti Island Snake Neck Turtles are red-listed as critically endangered, and the species occur in three separate populations covering an area of 70km2 on Roti Island, a small Indonesian island 311 miles off the coast of Australia.