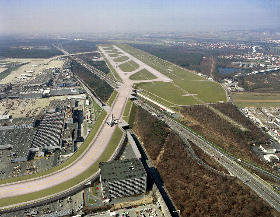 Airport operator Fraport’s revenue figures have remained stable at $1.1 billion for the first half of 2014, with Frankfurt Airport handling one million tonnes of cargo despite volatile freight volumes.

Fraport’s executive board chairman, Stefan Schulte says: “The ongoing growth in demand for air traffic worldwide opens up development opportunities for Fraport domestically and internationally – whereby the timely creation of the required capacities at each airport is vital.”

Frankfurt Airport handled one million tonnes of cargo in the first six months of 2014, up 2.5 per cent on the same period in 2013. This is despite volatile figures throughout the year with volumes rising and falling with each month. In January it handled 160,970 tonnes before dipping in February to 159,249 tonnes and rising again in March to 201,806 tonnes. In April, May and June it continued to rise and fall, handling 171,909 tonnes, 185,629 tonnes and 178,384 tonnes, respectively.

Jorge Chávez International Airport handled 130,584 tonnes, achieved  2.1 per cent growth, butHannover Airport saw a drop of 1.4 per cent and it handled only 7,344 tonnes. Fraport’s Bulgarian airports saw large increases in the first six months of 2014.  Varna Airport saw a 64.5 per cent jump to 22 tonnes and Burgas Airport handled 2,754 tonnes, a 100 per cent increase. It processed 2,625 tonnes for the whole of 2013.