One in every 20 air cargos transported are flown by Turkish Cargo, the cargo arm of Turkish Airlines.

In the face of the pandemic, the cargo carrier, which has a global market share of 5%, continued to keep industries moving, as well as uplifting vital medical supplies.

“In 2020, Turkish Cargo carried more than 50,000 tonnes of health equipment and increased its global market share in pharma and pharmaceutical products to 7.5%.” 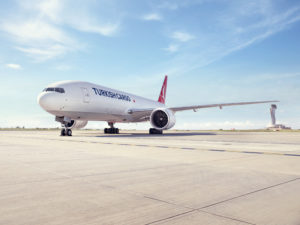 The carrier has upped their pharma infrastructure to support to on going global vaccine distribution, of which they have played a significant role.

“Turkish Cargo has been expanding its capacity recently in terms of cold rooms and increased passive and active container capacity significantly. An internal task force for the COVID-19 vaccine transportation has been developed along with projections based on the existing and potential traffics.

“In the light of recent investment, I am proud to say that we are now able to transport, handle and deliver 30-40 million doses of COVID-19 vaccines throughout the world in a single day,” Ozen added.

Catering to air cargo capacity demand, Turkish Cargo increased their total destinations over 130, which Ozen described as “the physical evidences of Turkish Cargo’s commitments to customers and business partners.”

“As we are expecting that the vaccine production and vaccination efforts will expand and accelerate throughout this year, the air cargo industry for a second time in a row will show its enormous value to the world citizens.

“IATA sees the transportation of vaccines as the “Mission of the Century” and we are glad to see more and more alignment and preparations going on day by day.”

Turkish Cargo started transporting vaccines in September with clinical-trial vaccines, and by November, began to carry approved ones. Now, the carrier has transported over 20 million doses of COVID-19 vaccines to Turkey, Brazil, Spain, and Uzbekistan.

Increased pharma shipments have certainly not slowed down other operations. Late last year, Turkish Cargo took on the responsibility of transporting 1700 year old, Kybele statue from New York to Istanbul.

Due to the country’s rich history, this was a significant responsibility for the carrier.

“Human habitation in Anatolia dates back to the Paleolithic. For this reason, Turkey is a country with rich diversity of cultures and offers many historical artefacts and different civilisations,” explained Ozen.

“The Kybele statue is one of them and we, as Turkish Cargo are proud to have brought it in Turkey.” 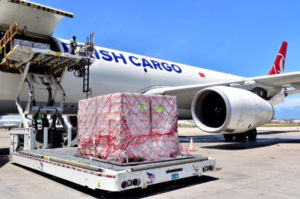 In recent years, Turkish Cargo have also carried historical artefacts that include Topkapı and Dolmabahce Palaces that were flown to Japan, as well as contributing to the return of the missing pieces of the Gypsy Girl Mosaic to its homeland.

This impressive repertoire also includes transporting more than 50 masterpieces from Paris Louvre Museum to Tehran and successfully transported the Sarcophagus of Hercules of the Roman Era from Geneva to Istanbul.

“Turkish Cargo has three high security “Special Cargo” rooms in our facility located in Istanbul. All cargo rooms and operations are monitored 24/7 by CCTV.”

Turkish Cargo will be starting operations via its brand new facility at Istanbul Airport by 2021. With this, the carrier aims to continue growth in 2021 and fulfil ambitions to become one of the top five global air cargo brands in the world.