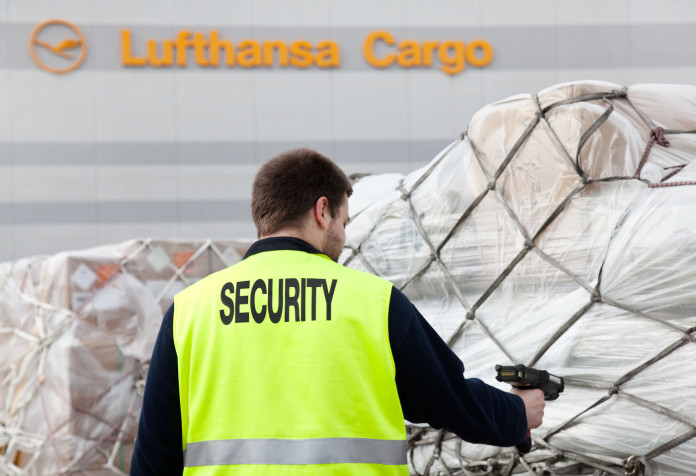 Security is on the minds of air cargo industry decision makers after the wave of terrorist attacks and the intense scrutiny of shipments and processes has been further stepped up.

Operators across the supply chain are on high alert to potential attacks after the Metrojet flight 9268 on 31 October was ripped apart by a bomb claimed by the Islamic State of Iraq and the Levant (ISIL), which investigators say was planted in the luggage hold of the aircraft in Egypt at Sharm el-Sheikh Airport.

Last week, on 24 November there was a security concern at Cairo International Airport after two DHL packages were seized on suspicion they contained explosive materials.

Media reports in Egypt had reported an X-ray scanner had detected the materials in the shipments destined for the US via London, but after further screening of the packages, thankfully, it turned out to be a false alarm.

A DHL corporate communications statement says: “As part of our standard screening and security procedure, we identified a shipment at DHL’s Cairo airport facility that required further screening by the authorities.

“The Egyptian authorities have subsequently informed us that the shipment contained no explosives or explosive devices.”

Cairo International Airport had tightened security since the terrorist attack in Egypt on 31 October by fitting new X-ray scanners, while other gateways have ramped up their screening.

Governments are on high alert and the UK and US have restricted Egyptian air cargo shipments after the Metrojet crash due to safety concerns.

Airlines have also taken action and EgyptAir has banned the carrying of commodities on flights to the UK, US and Canada, while other carriers have done the same such as Alitalia, which has suspended freight in holds from Cairo International Airport. This is all set to negatively impact Egypian airfreight volumes and the market.

Terrorism hit the air cargo industry in an tragic way on 20 November when six staff members of Volga-Dnepr Airlines were killed by terrorists at the Radisson Blu Hotel in Mali.

The crew had transported construction machinery to Bamako and were among 12 airline employees who had moved the equipment from Oslo using an Antonov AN-124-100 on 18 and 19 November. They were staying at the hotel when the terrorist attack took place. Special forces rescued six other Volga-Dnepr crew.

Volga-Dnepr says: “At this time, our priority is to provide the utmost support, comfort and assistance to the relatives of the Volga-Dnepr employees killed in the tragic events in Mali.

“Volga-Dnepr Airlines expresses its deepest condolences to the families and friends of our dear colleagues. The airline has declared a period of mourning and all the flags at its head office have been lowered in respect to our lost crew members.”