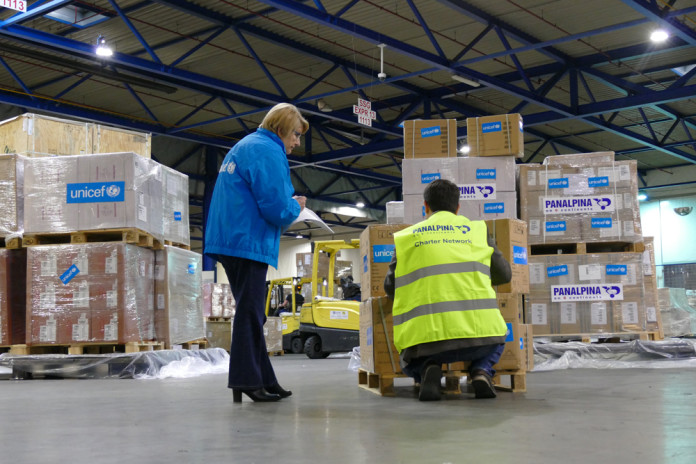 Panalpina has transported 70 tonnes of medical care goods to Burundi for UNICEF as the East African country plunges into another violent crisis.

The shipment included antibiotics, analgesics, infusion sets and hospital equipment, provided by UNICEF and flown on a charter flight to Burundi’s capital, Bujumbura. The violence started in April when the president, Pierre Nkurunziza wanted to stand for a third term resulting in violent protests, killing at least 200 people and causing at least 200,000 more to flee to neighbouring countries. Since then aid has been withdrawn by donor governments.

Panalpina chief executive officer, Peter Ulber says: “This is the third time that Panalpina is partnering with UNICEF to address a crisis in Africa. And again we hope that our contribution will bring some respite to those who are less fortunate than us, especially the many affected children in Burundi.”

UNICEF Swiss committee executive director, Elsbeth Mueller says: “These relief goods can save the lives of thousands of children. On behalf of UNICEF, I deeply thank Panalpina for their help.”

Panalpina has operated similar flights in the past, including its first UNICEF relief flight in 2013 to the Central African Republic and last year transporting humanitarian aid to Sierra Leone in the fight against the Ebola virus.