The International Air Transport Association (IATA) has called on governments to take the lead in changing how airspace risk assessments are made following the 17 July crash in eastern Ukraine of Malaysia Airlines flight MH17.

In a 21 July statement, IATA director-general and chief executive officer, Tony Tyler, says: “Governments will need to take the lead in reviewing how airspace risk assessments are made. And the industry will do all that it can to support governments, through ICAO [International Civil Aviation Organization], in the difficult work that lies ahead.”

He adds that airlines and governments are partners and that governments and air navigation service providers inform airlines about the routes that they can fly and with what restrictions. Airlines then comply with that guidance.

Malaysia Airlines quoted Malaysian prime minister Najib Razak in an 18 July update on its website that says: “The usual flight route was earlier declared safe by the International Civil Aviation Organisation. International Air Transportation Association has stated that the airspace the aircraft was traversing was not subject to restrictions.”

On 17 July, the airline had been informed by Ukraine air traffic control that contact had been lost with flight MH17 at 14.15h Greenwich Mean Time, about 50 kilometres from the Russian, Ukrainian  border. Flight MH17 had departed Amsterdam Airport Schiphol on 17 July at 12.15h central European time and was expected to arrive at Kuala Lumpur International Airport at 06.10h Malaysian local time on 18 July.

In its own 23 July statement, the British Airline Pilots’ Association (BALPA) says that, “global leadership from the International Civil Aviation Organization (ICAO) is urgently needed to respond to…all operations in or over areas of hostility.” BALPA general secretary, Jim McAuslan, says: “ICAO’s purpose should be to lead where national authorities cannot and it should have the tools to do that. The problem of the absence of a clear international co-ordination to avoid operations above eastern Ukraine has now become tragically obvious and to avoid a repeat ICAO should be better resourced and enabled to declare airspace unsafe.” 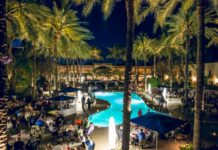 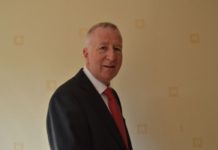 BIFA: applications are now open for funding for Customs training