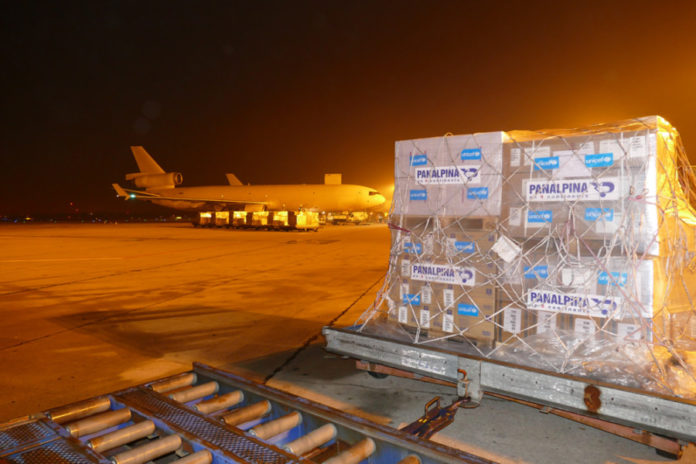 Panalpina continues to upgrade its new operational IT platform and is in the middle of its roll-out in Germany and the US will be the next country market to be upgraded.

The freight forwarder says ocean freight is currently the prime focus and will be followed by airfreight. Germany is already handling the highest number of transactions on the new platform.

As planned, Panalpina went live with its new transportation management system at the end of May, in different business units throughout Germany. Before the actual go-live took place in Germany, a major release upgrade was installed, that brought significant improvements and new functionalities to the system.

Panalpina chief transformation officer, Alain Dejalle says: “With the go-live and phased deployment of our new transportation management system in Germany, we have successfully demonstrated the system’s ability to scale-up to higher volumes and are now tackling larger countries with more confidence.

“To put things into perspective: Panalpina Germany is our third biggest organization in terms of shipment transactions globally. The successful roll-out in Germany will further confirm the system’s capabilities.

“Germany is now the fifth country using our new operating platform, after Switzerland, Singapore, Italy and Canada, where the system has already been fully implemented.”

Once the roll-out in Germany is completed, about 30 per cent of all transactions will be handled on the new platform. Panalpina says preparations for deployment in the next big country, the US, are well advanced and its roll-out will be another important milestone in this project.

Panalpina’s chief executive officer, Stefan Karlen says: “I am very pleased with the successful roll-out in Germany. This is an important milestone in our operations transformation program, and validates both the scalability and robustness of our approach.”

He also gave a market update explaining: “While we see continuous strong volumes, we are still facing margin erosion, as previously communicated. As a result, we expect these market challenges to adversely impact our profitability levels and we anticipate lower results for the first half of the year, compared to the same period last year.”