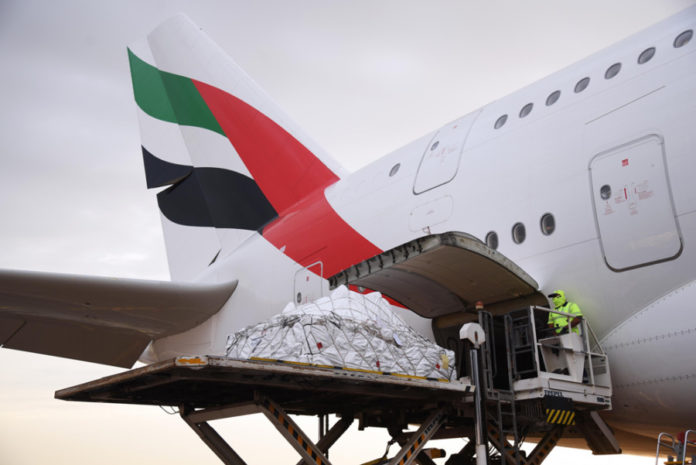 In January 1788, a square piano made by Frederick Beck become the first keyboard instrument to land in Australia, now it has returned to London thanks to Emirates SkyCargo.

The ‘First Fleet Piano’ landed in Sydney on board the HMS Sirius, one of 11 First Fleet ships that sailed on an eight month voyage from Portsmouth to Rio de Janeiro then to Cape Town before arriving in Sydney.

231 years later and the piano, now in the collection of Edith Cowan University, Perth has returned to the UK.

This time, the journey lasted 21 hours from Perth to London through Dubai courtesy of Emirates SkyCargo.

The First Fleet Piano was joined by five other musical instruments, three of which are rare pieces produced in the 18th and 19th centuries.

The instruments were packed in specially crafted insulated flight cases with sensors to track temperature and movement.

The cases were loaded into the cargo hold of an A380 flight from Perth to Dubai, then transferred to the connecting flight to London.

Once in London, the instruments will be showcased in a bespoke salon performance at the Australia House on 26 March.

Ravishankar Mirle, vice president cargo commercial – Far East and Australasia at Emirates says: “With the transport of these historic pianos from Edith Cowan University’s collection of rare musical instruments, we have also played a role in a cultural project that connects two nations through music and heritage. Our modern aircraft and facilities combined with our expertise in handling precious cargo ensured that the pianos travelled safely from their origin to destination.”

Professor Steve Chapman, vice chancellor of Edith Cowan University says: “The restoration of the First Fleet piano has firmly placed Edith Cowan University at the centre of worldwide efforts to create research and education programs on how to conserve and restore prized historical instruments. We are confident that our precious Founding Pianos collection will be in safe hands travelling with Emirates SkyCargo.”