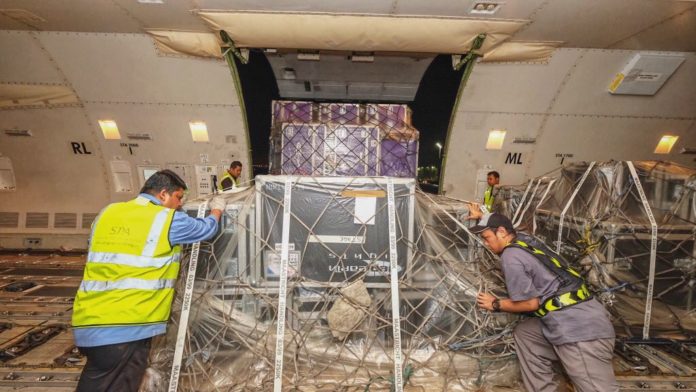 Saudia Cargo helped bring the WWE Greatest Royal Rumble to Saudi Arabia by flying equipment needed for the live telecast of the show on 27 April.

A Boeing 747 Freighter hauled tonnes of production equipment, including the wrestling ring to help create the spectacular show in Jeddah.

The airline provided the transport from New York to Jeddah at the request of the Saudi General Sports Authority.

Saudia Cargo chief executive officer, Omar Hariri says the team were delighted to have carried out the freight and logistics mission to ensure the successful hosting of the WWE Greatest Royal Rumble in Saudi Arabia.