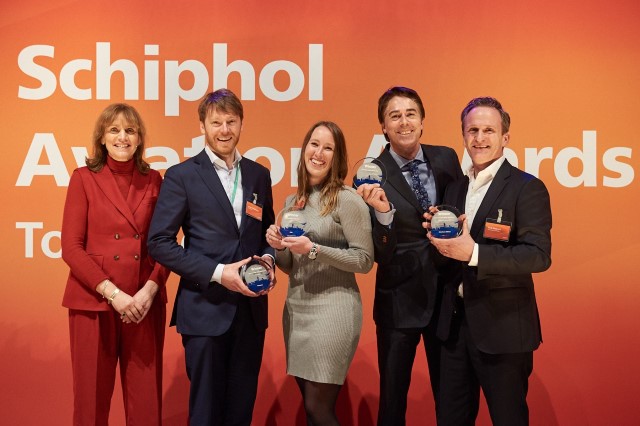 The winners of the 2017 Schiphol Aviation Awards were announced last night by Amsterdam Airport Schiphol COO, Birgit Otto at the Schiphol Centre, Amsterdam.

The annual awards ceremony is organised by Schiphol Group to recognise customers and business partners that have made an especially strong or positive performance to the airport community during the year.

The awards evening concluded with a networking dinner for members of the airport community to celebrate the efforts and achievements of the year.

2017 Cargo Airline of the Year winner: KLM Cargo
The other nominees were Turkish Cargo and AirBridgeCargo Airlines.

2017 Sustainability award winner: KLM
Vanderlande and TUI fly were the other nominees in this category.