Shippers have reportedly been scrambling to avoid a repeat of last year’s capacity crunch when many found there was simply no freighter space left as the winter season took hold, writes Neil Madden.

Yet at the same time, belly capacity is still often overlooked as an alternative for getting shipments quickly to end customers. This is all the more ironic given the spate of widebody passenger aircraft coming on stream.

Data from consultancy Seabury shows that freighters accounted for just 33 percent of available capacity last year, the lowest ever, down from 35 per cent in 2016, and from 39 per cent in 2012. Belly capacity on order will account for 76 per cent of outstanding capacity between 2017 and 2021, the consultancy says.

Yet, too few airlines seem to place a strategic value on marketing belly space, which should entail developing the sort of premium products that shippers and forwarders increasingly demand.

However, Amsterdam’s Schiphol Airport is taking the initiative to match-make cargo and capacity, albeit as a way of addressing its own, much reported constraints.

Faced with a capacity limit of 500,000 flights year until 2020, Airport Coordination Netherlands (ACN), which allocates landing rights, was forced to invoke the 80:20 principle at the start of the busy 2017-18 winter season.

This disproportionately hits freighters as they have to be more flexible and operate less regular flight schedules.

The split between freighter and belly volume at the Amsterdam hub is about 60:40, so even though freighters make up only three per cent of aircraft movements, they remain very important to the airport and the cargo community.

As things turned out all requested full freighter slots were granted, and many freighters were able to continue business at Schiphol with ad-hoc slots.

But the capacity constraints have not gone away, and this year’s winter season could well throw up the same issues as last year.

So this is the context behind moves the airport is making to look at boosting the use of belly capacity as way of soaking up rising demand for cargo space.

In May, the airport published a discussion paper – Collaborating in Times of Capacity Constraints – to engage with airlines and exploit opportunities for cargo in the face of significantly growing demand for, and resources offered to, passenger flights.

Part of this comes in the form of the recent integration of Schiphol’s aviation marketing and cargo teams to ensure that the passenger and cargo businesses work more closely together.

The airport’s own research has highlighted opportunities for airlines to cater for rising cargo demand, including filling bellyholds on existing routes to raise yields. For example, the paper says there is significant unused belly capacity on North American routes.

Schiphol also says there is a trend among network planners who are starting to include the potential for more cargo when launching new routes and the airport is “very keen to support that trend.”

In 2017 Schiphol handled 1.8 million tonnes of cargo, maintaining its position as Europe’s third largest freight airport behind Frankfurt and Paris Charles de Gaulle, and staying above London Heathrow. Freight volumes increased by 5.4 percent, with cargo on freighters up 5.7 per cent and on passenger services by 5.1 per cent.

Schiphol head of aviation marketing and cargo, Maaike van der Windt firmly believes passenger and cargo services complement each other in developing airport business. “It is the number of routes, and cargo volumes that are important for us to maintain,” she states in an online interview for Schiphol’s own website.

“Where the two collide is in the current shift from full freight aircraft towards belly capacity – and it takes combined passenger and cargo expertise in order to best serve our airline customers who make use of Schiphol for belly cargo.”

To this end the Netherlands hub has developed a belly cargo tool which combines cargo and passenger data to identify opportunities to update which aircraft runs on which route.

“There are often cases where demand and capacity could be better matched; some routes are seeing an increase in belly cargo, for example,” van der Windt stated.

“To optimise how we manage this, we need better information, and our tool, developed in conjunction with our own analytics team together with the cargo team, analyses the combined data to make suggestions.

“Then, the passenger side talks to the network planners about new routes and aircraft updates to see how we can put larger aircraft on those routes that demand more belly capacity.”

Schiphol accepts that airlines might fret about the risk of delays given the extra time to load and discharge cargo. On the other hand, this should suit time-sensitive shipments as passenger flights run to more rigid schedules.

At the end of the day it is about changing attitudes and getting all players to accept greater information sharing. Digitisation, of which the belly cargo tool is one component, is seen as playing a significant role in achieving this. 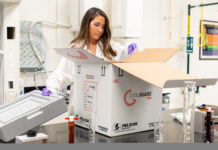