Founded in 2017 by Moritz Claussen, Oliver Neumann and Mike Rötgers, cargo.one allows freight forwarders to book cargo capacity like they were booking a flight for their next holiday or business trip. Deputy editor James Muir sat down with Moritz at air cargo Europe to find out why airlines are so eager to sign up to the platform.

For online booking platform cargo.one, airlines are now knocking on their door, eager to sign up to the service.

Speaking to Air Cargo Week at air cargo Europe, co-founder and managing director Moritz Claussen explained how the platform had been growing substantially, with forwarders and airlines getting on board.

The booking platform for freight forwarders allows them to search, compare, book and manage airfreight capacity across airlines.

Claussen says the advantage of cargo.one is that the price you see is what you get based on available capacity, and is instantly bookable.

He explains: “We don’t go out and distribute rates and ask forwarders to request to be booked but we give them an offer as you would get on Skyscanner or on Kayak to get that visibility but also to be able to book.”

Bookings can also be changed and cancelled, reducing the manual effort for the airlines and forwarders. The platform also helps airlines reach a larger audience of freight forwarders.

At the time of the interview on 5 June, this had grown to 250 freight forwarders, and not just the big players such as Hellmann or Agility or Dachser, but smaller companies too.

There are rate distribution platforms out there distributing rate sheets to get an overview across multiple airlines but Claussen says it is difficult to book these rates due to airlines introducing revenue management systems.

“The rates that are being distributed are not always bookable. We don’t distribute those rates but integrate with revenue management systems of airlines to display a rate that is bookable in an instance, and that is new to the market,” Claussen explains.

This feature was not previously available and Claussen cites that as a reason why cargo.one is growing so rapidly because it reduces the workload for freight forwarders and gives them an instant on what they can or cannot book.

Claussen believes that the air cargo industry has been slow to accept that visibility of capacity and pricing is good for the market.

He comments: “I think up until maybe two years ago it was treated as a trade secret, how much capacity or whether capacity was available at all. Airlines were choosing to make this information only available when they wanted and only in very limited ways. With shippers’ expectation rising and forwarders needing to get the rates, that is changing.”

The process has always been there but Claussen says it was not digitised, with forwarders having to call maybe six airlines or write emails.

Claussen believes that the services like the one offered by cargo.one will become the standard way of doing things in the future, saying that airlines are increasingly eager to sign up.

Claussen says there has been a notion that airlines are not ready for such a service, but he believes this is a mental barrier rather than a technological issue.

The cargo.one team has found it can build the technology for airlines, even the smaller or more traditional ones to make the capacity available to freight forwarders.

The team also found they could give the same customer experience to the freight forwarder as they could expect from a larger airline.

cargo.one started out with the Lufthansa Group, originally with Lufthansa Cargo, followed by Brussels Airlines, Austrian Airlines and Eurowings.

Finnair Cargo went live in May and Volga-Dnepr Group airlines, AirBridgeCargo Airlines and CargoLogicAir signed up during air cargo Europe, the first freighter only airline to offer their capacity. Claussen expects another six airlines to go live this year.

Claussen was very happy to get the two freighter airlines on board, as they have considerable capacity out of Europe heading to Asia and North America.

More importantly, Claussen says it gives small and medium sized forwarders access to freighter capacity that may not have been previously accessible.

Having gained these two freighter airlines, Claussen is confident that more will follow. “We’re in good talks with several all-cargo airlines,” he says.

All of this is impressive considering neither Claussen nor fellow co-founders Oliver Neumann or Mike Rötgers previously worked in the logistics industry, having spent the last decade building start-up companies.

In 2017, Claussen and the team decided to embark on a new adventure, exploring the field of logistics.

They decided that there were still huge opportunities to digitise the market.

What kicked things off was when they were sitting with a freight forwarder in Frankfurt, finding out what daily challenges he faced.

The forwarder received an email from a shipper wanting to move 470 kilos of milk powder from Frankfurt to Shanghai.

What happened surprised them. Claussen explains: “He opened Outlook and opened an email, blind copied 12 airlines and general sales agents to say I have these 470 kilos of milk powder that should go to Shanghai tomorrow, what’s your price?”

Their previous experience of aviation was as passengers when booking tickets, so this really surprised them.

When they questioned the forwarder whether this was the normal process, he informed them it was also done on the telephone.

They found it this was not unique, right from the smallest forwarders to the big boys, this is how it was done.

When they visited the airlines, they found that the airline would receive the email, figure out a price, copy and paste into an email and send it back.

Describing the process as cumbersome, expensive and troublesome, Claussen says this was a good starting place to build a marketplace to connect the buyer and seller through technology in a more efficient, frictionless process.

Forwarders were quick to embrace cargo.one because it made their lives so much easier.

Airlines who have signed up have seen the benefits, but when making the initial approach, Claussen says there is a mental barrier, not believing they are technically ready and having often been burnt by previous experiences.

He says: “Our approach is different. We start very small with incremental steps. We help them to build whatever needs to be built and we build it for them to make it possible. We can them integrate with airlines that were fully manual to deliver the same customer experience to a freight forwarder as an airline that it fully capable.”

The focus now is to add more airlines. After the World Cargo Symposium in Singapore this year, Claussen noticed a change, customers were coming to cargo.one, knocking on their door, not cargo.one knocking on the customer’s door.

Having traditionally covered Germany and moved into the Central European market, the plan is to move into new geographies.

Claussen says: “The next markets are all the other European markets to fully open them with dedicated sales and support teams and also localise the product. Then we want to expand into North America and Asia, making that an indicator to adding enough capacity to make this a compelling offer.” 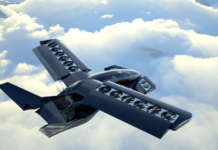