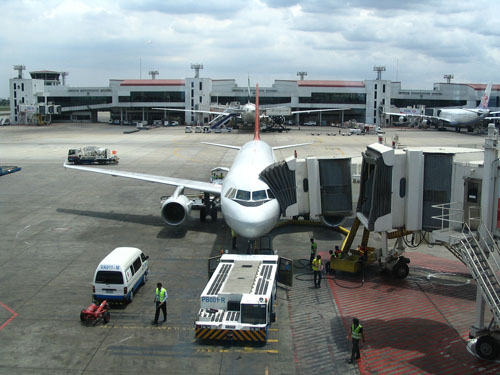 Triple i Logistics has committed to expand its facility at Bangkok’s Don Mueang Airport, the Thai listed company has said via its website.

Triple i plans to add a further thousand square metres to its existing five thousand metres to help it reach its long-term goal of being a regional cargo and logistics firm, Triple i CEO Tipp Dalal says.

Officials at the company declined to discuss the price tag when contacted by Air Cargo Week.

Triple i is in discussions with the government now and hopes to conclude a deal by the fourth quarter of this year. Operations are due to commence in the first half of 2019, it adds.

Low cost carriers, ThaiAirAsia and ThaiAirAsia X are major business partners of Triple I who has made air freight one of its four core businesses. Chemical and specialty logistics and sea freight are the other three. The company is simultaneously planning to expand to other airports and sectors of the logistics industry.

“Don Mueang, Chiang Mai and Phuket airports are key parts of our plan, and we are looking for other urban airports with high growth potential,” Dalal says.

The company is also interested in U-Tapao airport on Thailand’s Eastern Seaboard, he adds.
This would be an unusual and possibly far-sighted move as the airport is considered more for tourists heading to nearby Pattaya and has so far not generated much interest from other airfreight companies.

Triple i is also expanding by acquisition. Its board has just passed a resolution to acquire 50 per cent of the paid capital of DG Packaging, a Singaporean company selling packaging and services to those transporting dangerous and hazardous goods, it confirmed in a Stock Exchange of Thailand filing.

It will pay up to the value of 11 million Singapore dollars or 267.76 million Thai Baht, pricing the deal at $8 million.