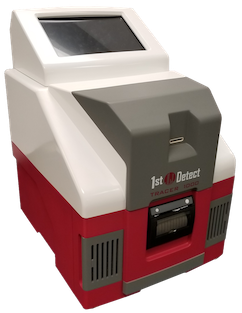 In 2007, the 9/11 Commission Act mandated that 100 per cent of air cargo loaded onto passenger aircraft must be screened for explosives. The challenge of doing so has only increased in recent years, largely due to a worldwide increase in cargo traffic. Earlier this month, two homemade explosives were shipped via FedEx: one detonated inside a sorting center, injuring a worker, while the other forced the shutdown of a FedEx center near Austin-Bergstrom International Airport.

“The recent events that took place in our own backyard only underpin the importance of cargo facilities everywhere having the latest technology for rapidly and accurately detecting explosive threats,” said 1stDetect COO and Astrotech Raj Mellacheruvu